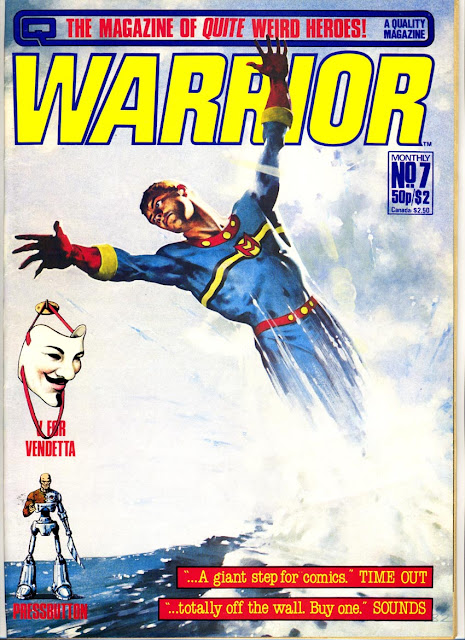 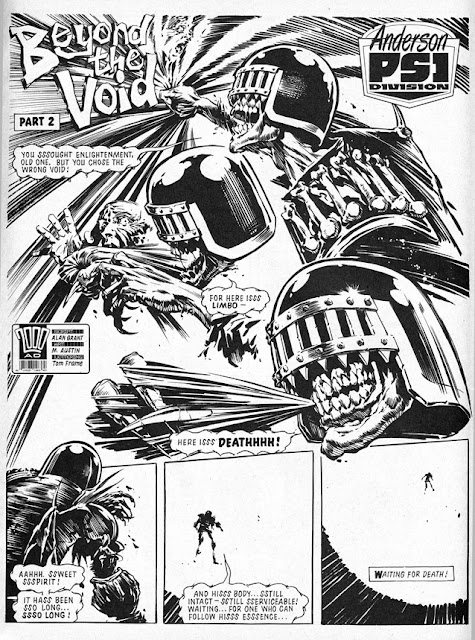 2) Who or what inspires you?
The mighty Dez Skinn was very influential in keeping my determination to be a comic book artist going through many disappointments. Paul Neary was the editor at Marvel UK at the time my work was just about good enough for publishing and he gave me many opportunities and much encouragement, As did Sydney Jordan - whom I haven't seen for nearly 30 years but I believe he's still alive and kicking. I was at the time inspired by 2000AD (of course) and by the Marvel reprints that came over in the late 70's, John Buscema (Conan - genius!) and Gene Colan (Dracula) artists in particular that I wanted to emulate. Contemporary comic artists whom I admired (amongst others) were Cam Kennedy, Mick McMahon and John Watkiss. Frazetta's work was tremendously influential in getting me into oil painting. A fair amount of comic strip work later, mainly for Marvel (Dr Who and Blakes 7), and 2000AD - and not forgetting Teenage Hero Ninja Turtles - led to more and more painted illustration for comic covers and books and magazines generally. My last comic strip work was I think Dredd for 2000AD in 1995ish. 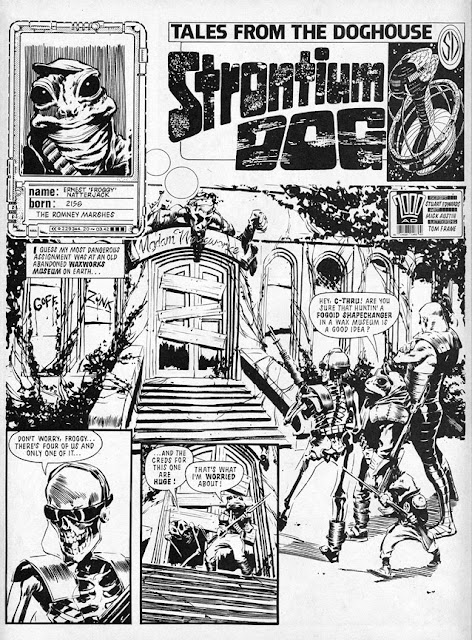 3) What would be your dream job to illustrate?
If offered I think I would still love to illustrate a Conan story, they are in such a wonderful and graphic world; the original Robert E Howard books were superb. I have several comic related projects that have been on the drawing board for many years (see below). Of course I'd love for them to come to fruition one day, I just can't seem to find enough time. 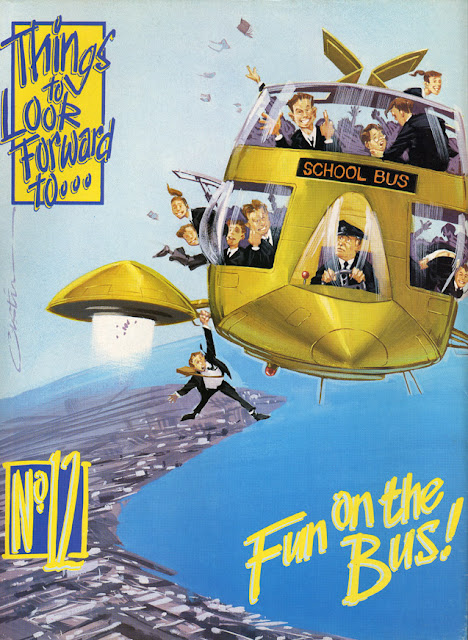 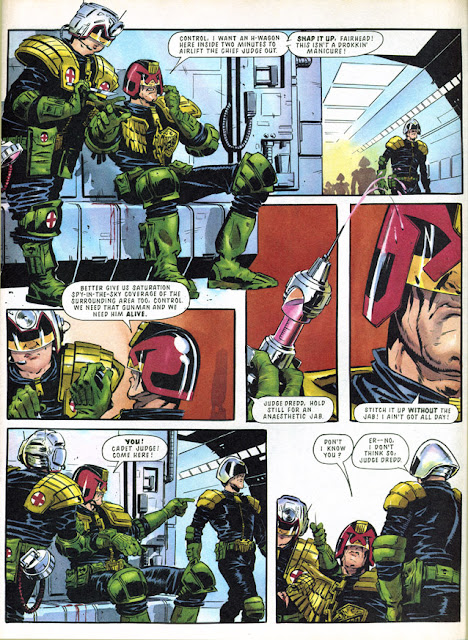 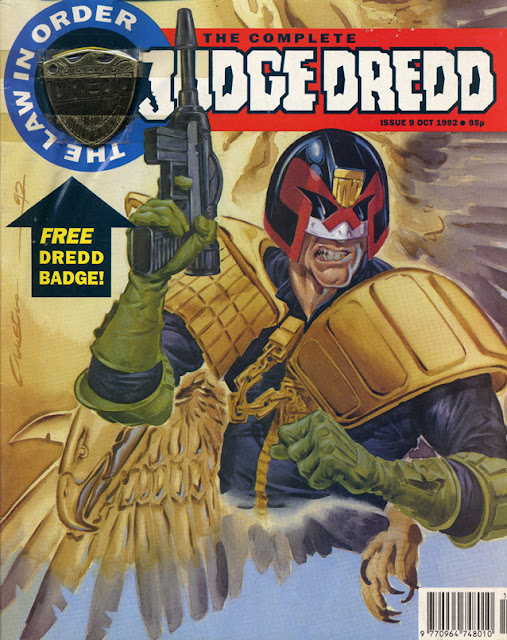 5) One of the 'Things to Look Forward To' posters I designed and painted - some better than others!
6) Dredd colour strip.
7) Complete Dredd cover 1992. 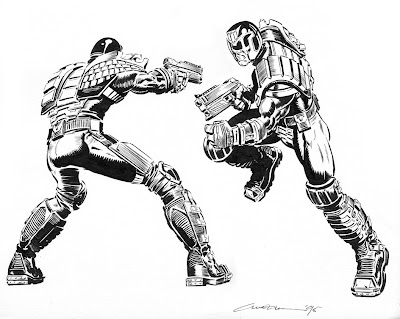 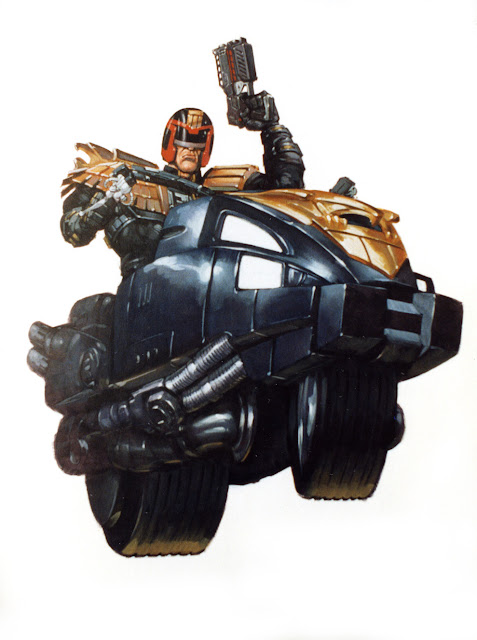 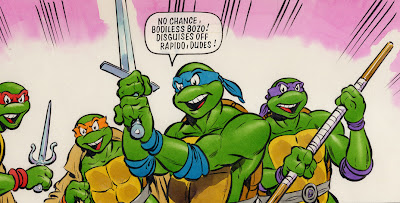 8) Two of a series of black and white new Dredd costume images for artist guidance after the (1st) film.
9) FHM illustration after the release of the film.
10) Frame from TMHT circa 1993. 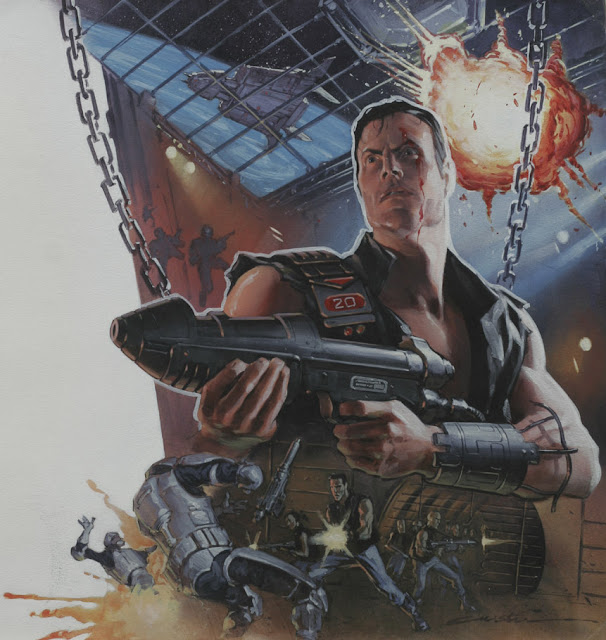 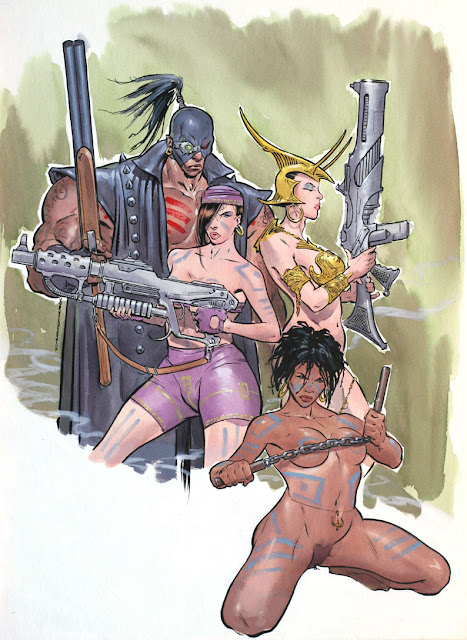 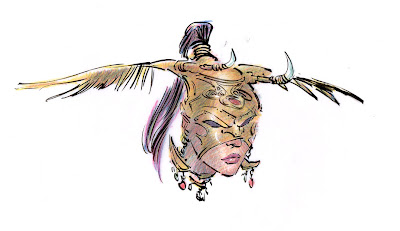 11) I had forgotten all about this one! No clue what it was for. Fleetway/2000AD.
12) Living Church of Redemption. Still work in progress after 15 years!
13) Sister Charity (LCR) 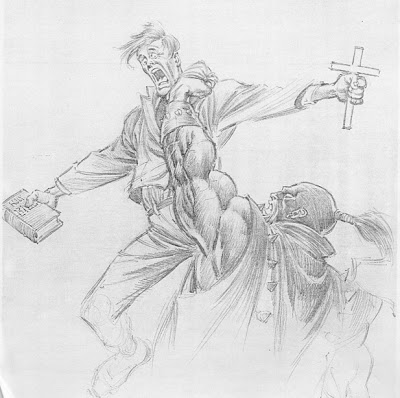 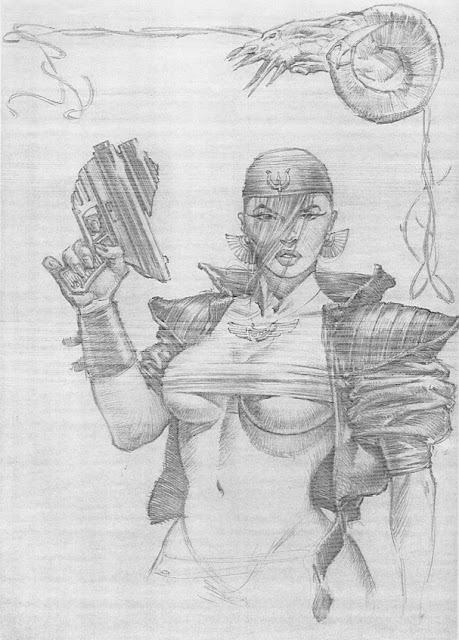 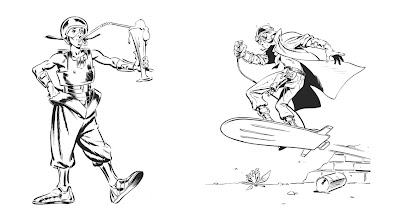 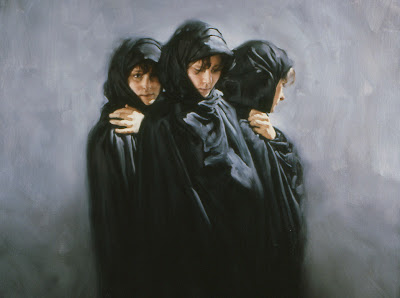 5) What can we expect to see from you next (what are you working on)?
Although I left the comics world in 1996 I love the genre and have great respect for the artists and writers. Outside of the industry, comic art doesn't command much respect, which is wrong. Most fine-artists I know would have great difficulty with the draughtsmanship and design that are necessary for a creating a comic page. It is an underrated profession, but then, we all know that don't we? 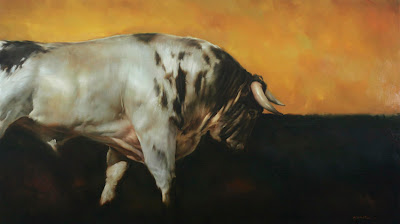 6) Where can we see more of your work (web links)?
Mike doesn't have a website of his own but you can see more of his work on the Jonathan Cooper site and there is a great YouTube film of Mike painting and talking about his work.
All images © Michael J Austin 2012, except for those previously published.
'Living Church of Redemption' & 'Stir & Shakewell' © Michael J Austin 2012 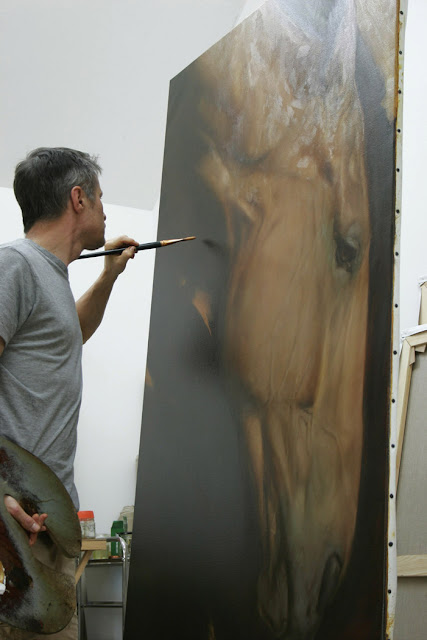