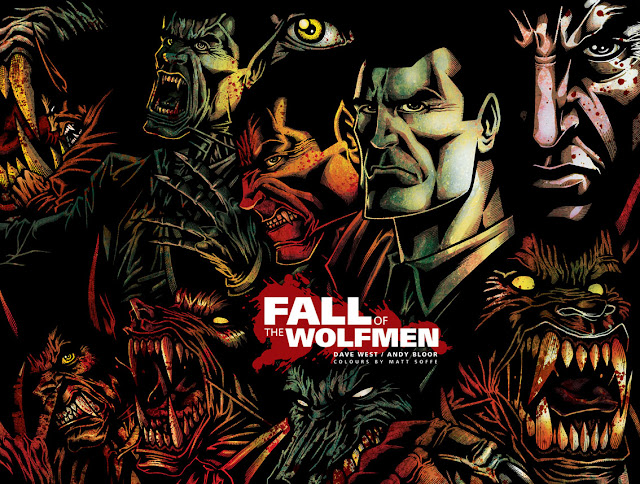 2) Who or what inspires you?
I'm inspired by pretty much any piece of good art or design I see. I'm inspired by creation, I get a kick out of seeing so many people creating their own stuff and working on it, whether it's for the small press or the professional market. It's seeing that work that makes me want to sit down and try it for myself. 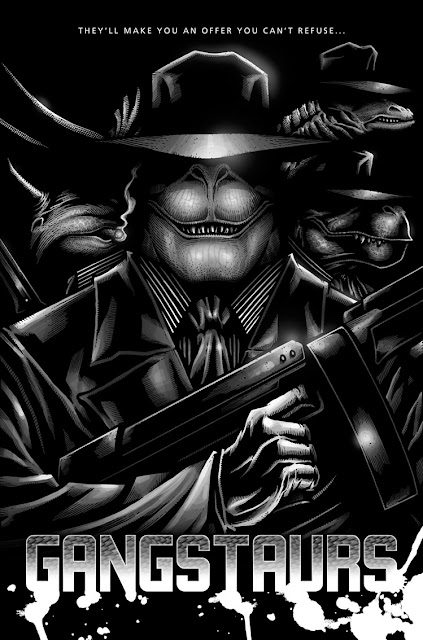 3) What would be your dream job to illustrate?
I would love to draw Batman, I'm not much of a superhero fan, or think that my work is well suited to them, but Batman is the one that I would jump at the chance to draw. Will never happen of course :-)

4) Tell us a bit about the illustration(s) you've sent?
Most are single illustrations, covers/pinups and I generally feel they're the strongest things I do. First is a print I did using a special limited cover we did for 'Fall of the Wolfmen.' We printed about 100 copies of the book with this cover and they pretty much sold out of them completely at the signing/launch we did at Whatever Comics in Canterbury. That was a great day!! The colours here were done by the talented Matt Soffe.

Gangstaurs was a fun pinup I did for the Accent UK anthology 'Predators.' One of those ideas I've had in my head for ages, and just waiting for the right time to do something with them, even just a pinup. Many people have commented they'd like to see a full book with these characters. Best add that to the list of projects to do :-) 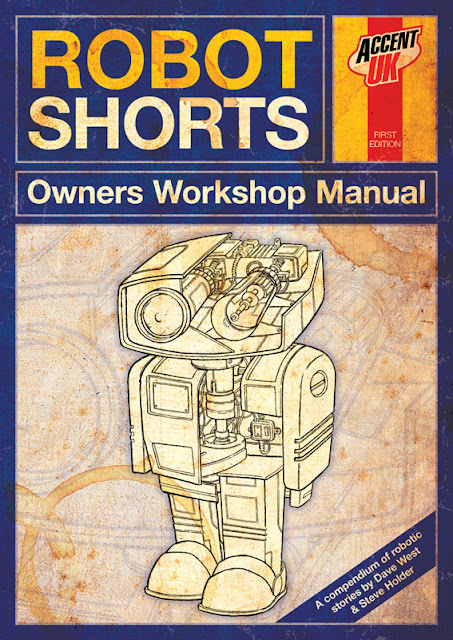 I've picked the 'Robot Shorts' cover, as - even though the artwork was done by Steve Holder - it's an example of my other role for Accent UK, and that's as designer. Putting my day job skills to good use I do full design work on all the Accent books, including pre-press work. This was one of my favourites. 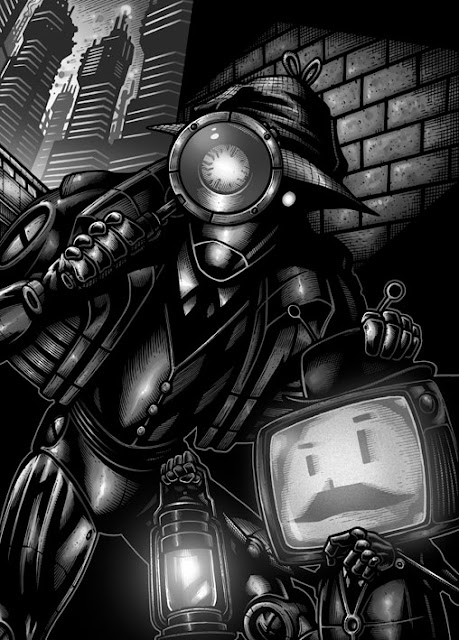 I've also included my pinup for 'Robot Shorts' - the 'Metal Detectives' characters that I used in a pinup for the 'Robots' anthology too. I'd love to do something more substantial with these characters one day. 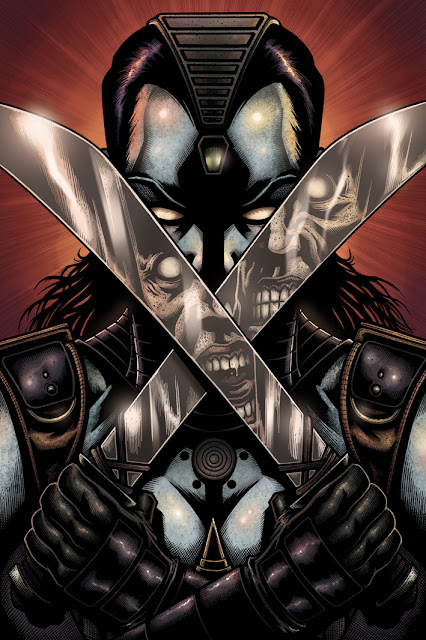 The 'Z-Girl' pinup was for Kirk Manley's 'Z-Girl and the 4 Tigers' book. It's a great book and Kirk is a great guy and I was chuffed to be asked to contribute to it.

I've included a page from the recent '2ombies' anthology from Accent UK as this was the last comic work I've done to date. I was quite happy with this strip overall. It was a good grisly little tale written by Dave West.

Lastly is perhaps my most favourite piece that became a cover purely by accident. 'Into the Woods: A Fairytale Anthology' was the project by Stacey Whitte (of 'Small Press Big Mouth' fame) I helped Stacey by designing and putting the book together. We couldn't get the cover to look right so I tried my pinup as a quick test to see what it would look like. Stacey loved it and the rest is history. This is probably the piece of work I've done that has had the most positive comments on. It was just one of those lucky accidents really.

Aside from the 'Wolfmen' piece and the 'Robot Shorts' cover all the tones and colours on my work here was done by the superbly talented fella Steve Howard. I can't thank him enough for making me look better than I really am. I owe you a pint (or three) mate :-) 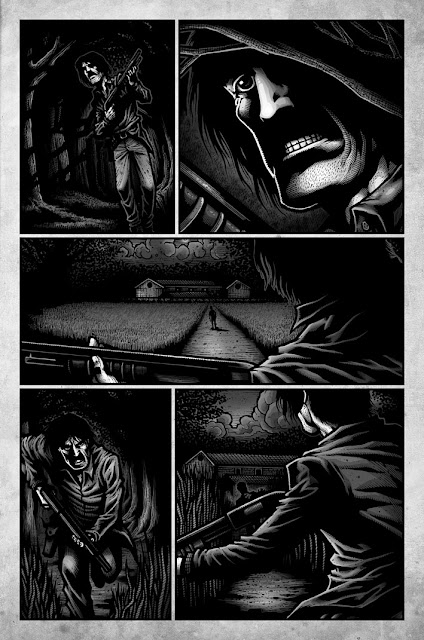 5) What can we expect to see from you next (what are you working on)?
I've decided to start the last book of the Wolfmen trilogy 'Last of the Wolfmen' and see that through to completion. After that I've got a fab script by Mo Ali to work on which is something very special indeed. I've also got a children's project with Jason Cobley that I'm eager to do as well. Sadly for me is that there aren't enough hours in the day, and after a full days work and putting the boys to bed and spending time with my wife I'm usually too tired to do anything. 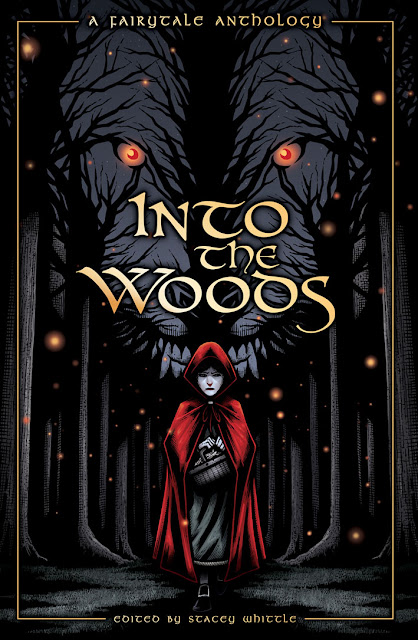 6) If you hadn't become an artist what do you think you'd have ended up doing?
I do graphic design for a living and drawing is just a hobby… if I hadn't become a designer I'm not sure what else I would have done, or been very good at really.

7) Where can we see more of your work (web links)?
You can see my blog at www.andrewbloor.blogspot.com and I'm on twitter (@andybloor).
Posted by Graeme Neil Reid at 8:00 AM