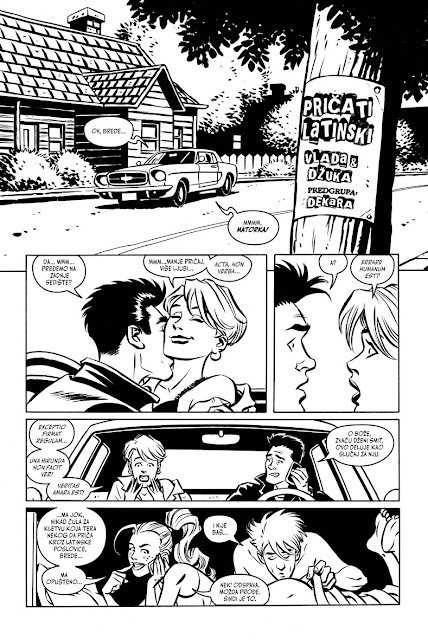 1) What was your first published work?
It was a short four-page story called "No Time for Heroes" which I wrote and illustrated myself, published in the Croatian (then Yugoslavian) comic magazine "Patak" in 1989. That magazine was very influential at the time (late 80's, early 90's) because it published only domestic authors and was very supportive of young aspiring artists. Guys like Edvin Biukovic, Goran Parlov and Danijel Zezelj published their first works there, too.

2) Who or what inspires you?
Fellow artists. I love so many of them, but I get inspired especially by the ones that keep developing their skills. 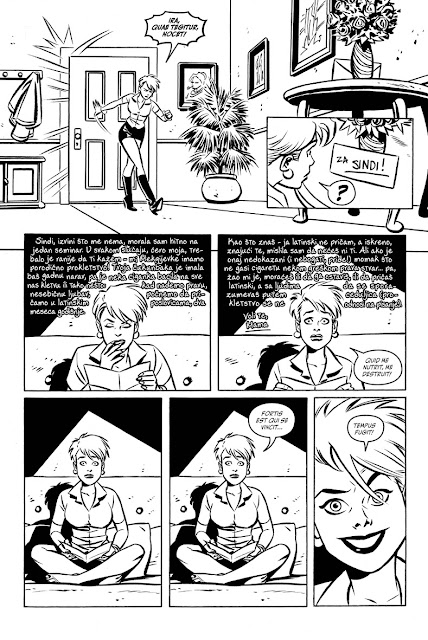 3) What would be your dream job to illustrate?
Alan Moore's take on Dazzler. Imagine that! On the surface there's the story of a struggling young girl trying to be a disco star, but her superpowers cannot be ignored. Underneath you can have a story about music genres reflecting the political and economic situation in the western world (the end of the hippie movement, the birth and consequent selling out of punk, the disco era, etc.). And, of course, the story about relationships between generations, the rebellion of kids against their parents, reflected in the ever-changing music trends. I think Moore would make a great story out of it and I'd enjoy recreating that setting visually. 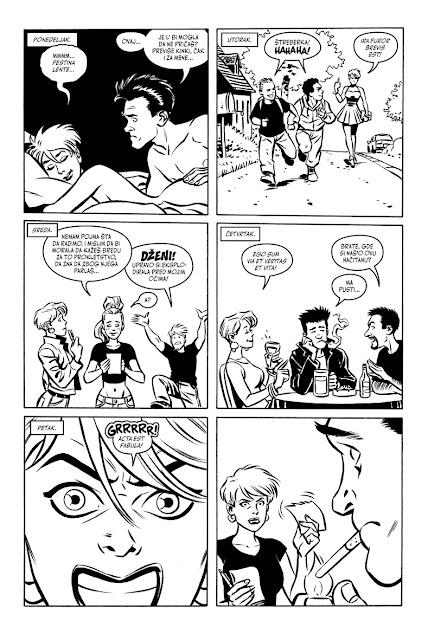 4) Tell us a bit about the illustration(s) you've sent?
It's a four-page story I illustrated for "Lavirint" a while back which has recently been published. "Lavirint" is  a small one-man band publisher from Serbia. It is built entirely on the enthusiasm of Dejan Djokovic Dekara, a good friend of mine, and a couple of other guys that joined him later. One of them is Vladimir Tadic Djole, a writer who created "Fun for All the Family" (Zabava za celu porodicu) - a series about a family of monster hunters. It's fun, scary, tense, hilarious and sad. I've enjoyed reading it and admired their enthusiasm (and skills) and when they asked me to illustrate a short story for their annual 25th issue I couldn't say no. It's an all-star issue with contributions from ex-Yugoslavian artists who mostly work for either the American or the French market, but who still found time to join. You can find more about it on their Facebook page.

5) What can we expect to see from you next (what are you working on)?
I've  started working on a new mini-series in late 2011 but I'm not allowed to say more about it until it's officially announced. I can only say I'm enjoying working on it a lot!. 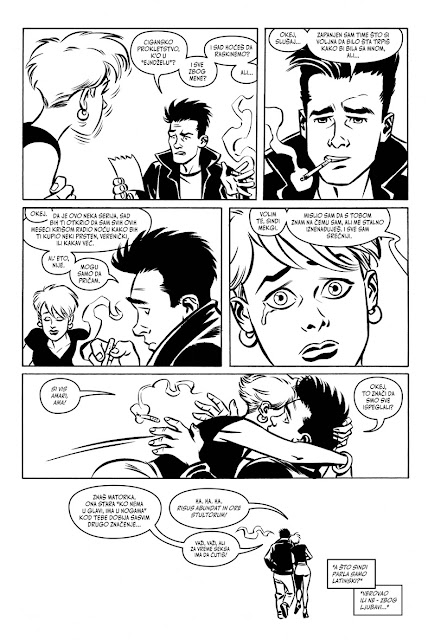 6) If you hadn't become an artist what do you think you'd have ended up doing?
Nothing, I guess. I'd be a bum. :) Seriously, I always wanted to draw comics and I never tried doing anything else (animation and illustrations don't really count as something else, right?) so I have no idea what I could be good at. 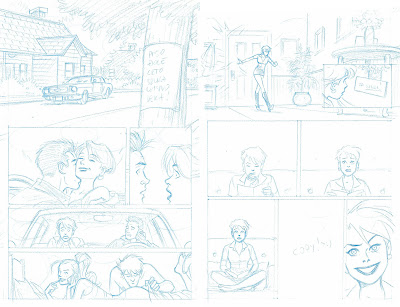 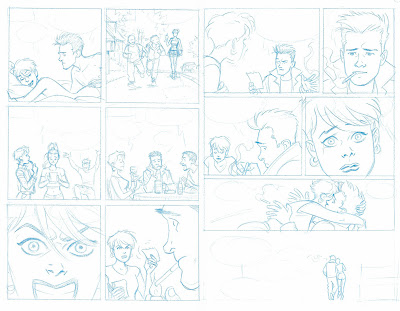 7) Where can we see more of your work (web links)?
On my blog you can find bits and pieces of random stuff I do and on my Facebook page you can find samples of almost every more important work I've done in the last fifteen years. Enjoy! : )
http://dzukalog.blogspot.com/
http://www.facebook.com/goransudzuka
Posted by Graeme Neil Reid at 8:00 AM