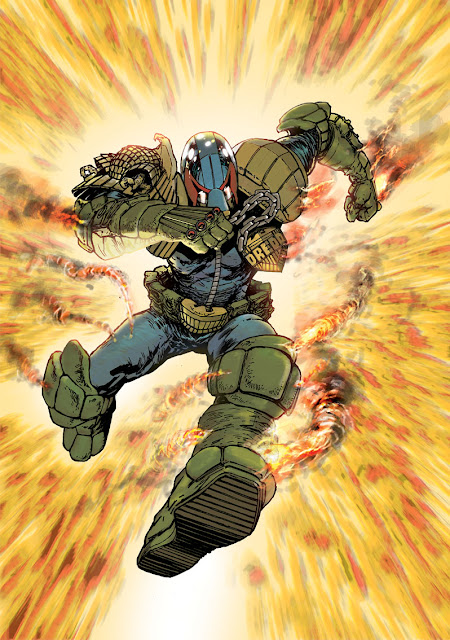 1) What was your first published work?
A picture of Desperate Dan in the Dandy. I'd increased his chin and linked his whiskers together to create a maze. I made Star letter and the caption read, 'Heres an aMAZEing maze by Henry Flint.' I won a jigsaw but could have done with the £3 they were offering the year before.

2) Who or what inspires you?
Good question. Sometimes a good chat at a con with fellow creators. I don't go to conventions as often as I should. I really should make more of an effort as it does me the world of good.

3) What would be your dream job to illustrate?
To write and draw Rupert the Bear with complete artistic control. 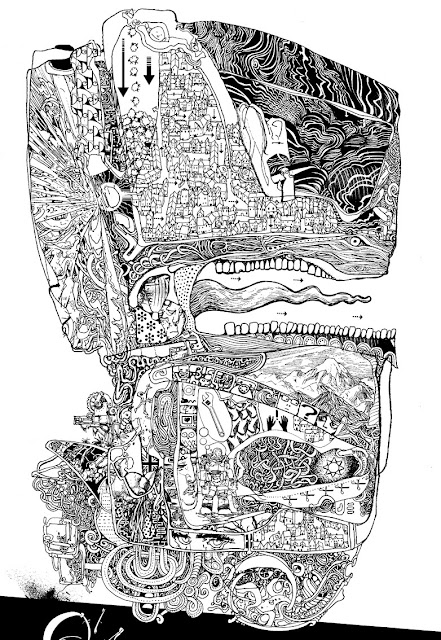 4) Tell us a bit about the illustration(s) you've sent?
One is a cover for 2000AD. Part of John wagner's latest mega epic Days of Chaos, which has been running the best part of a year now. The other is an example taken from my new book Broadcast the TV Doodles of Henry Flint. Forgive the plug... published by Markosia http://www.markosia.com/titles/broadcast-the-tv-doodles-of-henry-flint/

5) What can we expect to see from you next (what are you working on)?
I'm continuing working on Days of Chaos for 2000AD which is getting some incredible feedback. I'm writing and drawing my own graphic novel which should start serialisation around November. Also Zombo book4 is looking like a possibility.

6) If you hadn't become an artist what do you think you'd have ended up doing?
Treasure hunting in the Caribbean.

7) Where can we see more of your work (web links)?
henryflint.wordpress.com
Posted by Graeme Neil Reid at 8:00 AM