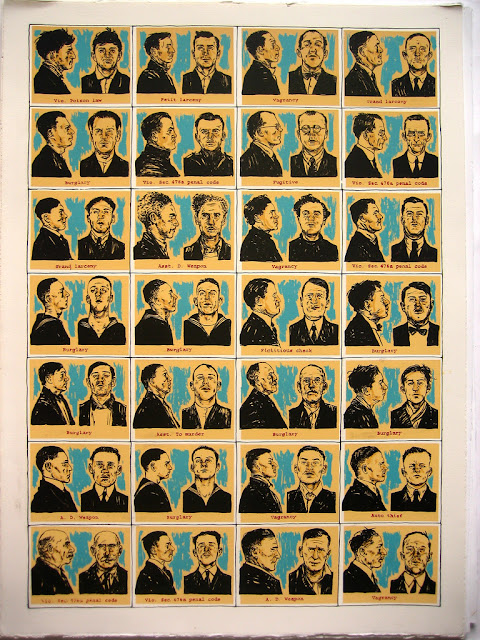 1) What was your first published work?
When I was seventeen, a friend asked me to draw a spot illustration of an old lady for a column in a local—and extremely short-lived—free newspaper. I got a tenner!

2) Who or what inspires you?
Alan Moore. The older I get, the more I realise how influential the ideas in his early work in 2000AD were on my developing mind when I was a little lad. And his later, only slightly tongue-in-cheek assertions that Northampton is the centre of world history have served to reassure me that my own recent monomaniacal focus on the lives of criminals from the small town of New Castle, Pennsylvania, is a good thing, rather than a total waste of time.

I don’t draw anything like them, but Robert Crumb, Daniel Clowes and Chris Ware are all massively inspirational, not just because the quality of the lines that they draw is beautiful, but because of what the subjects they deal with and the way they choose to deal with them. They’ve each done some very brave things, graphically and narratively, and looking at their work always reminds me that it’s possible—and permissible—to do anything with a pen and a bit of paper. 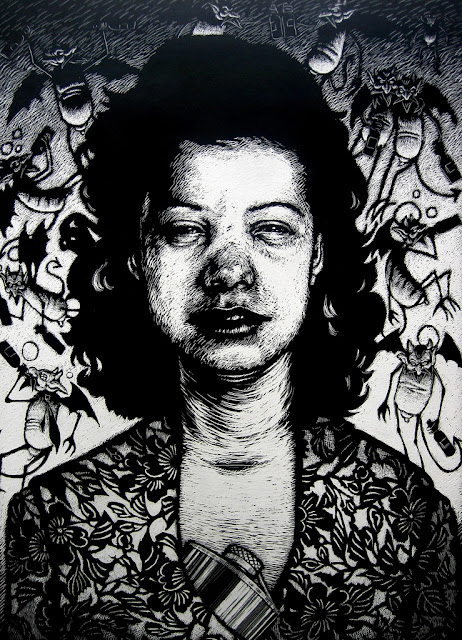 3) What would be your dream job to illustrate?
I have in mind a collaboration with Alan Moore, where I take his old grocery lists and draw little pictures of the products. It’d sell millions. And I’d make sure I got a cut of any “Before Grocery Lists” spin-off that DC might decide to put out.

4) Tell us a bit about the illustration(s) you've sent?
I've been interested in mug shots since coming across a book called Least Wanted, by Mark Michaelson, and naturally incorporated them into the screenprinting and scratchboard work I was doing at the time. The screenprints were supposed to replicate the old rogues' galleries that police departments used to have, with racks and racks of known felons. The series of scratchboard illustrations started off as a way of practising the scratchboard technique, and the little devils were just a bit of whimsy. Once I’d finished the first one, I decided that the devils were one of the best ideas I’d ever had, and that the novelty of the concept helped to make up for the shortcomings of the drawing, so I continued the theme. 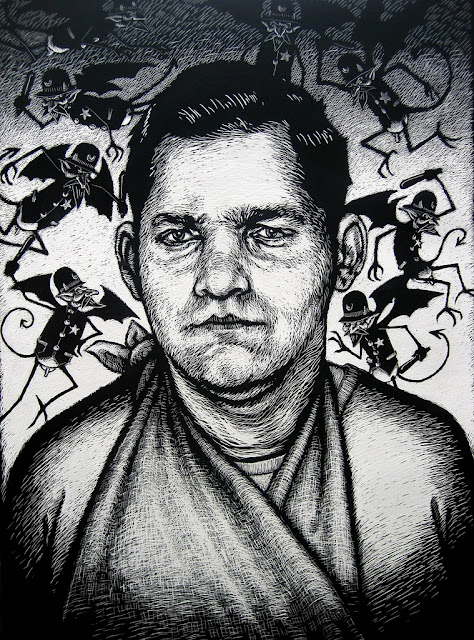 After a while, I started to buy old mug shots on eBay, so the images would be more unique than ones that came out of a book. The mug shots came from one particular town in west Pennsylvania—New Castle—and, when I started looking into the lives of the criminals using old newspaper reports, I ended up becoming much more interested in writing their stories and the town where they lived than in drawing their pictures, which is how the Small Town Noir website came about.

5) What can we expect to see from you next (what are you working on)?
I’ve just finished the first draft of a Small Town Noir book, which will soon be on the reject piles of publishers and agents across the country. There will be an exhibition of the photographs and the stories in the OSAC gallery in Newcastle-upon-Tyne this summer, and in Edinburgh later in the year.

6) If you hadn't become an artist what do you think you'd have ended up doing?
I wouldn’t call myself an artist at all! How lovely of you to suggest it. 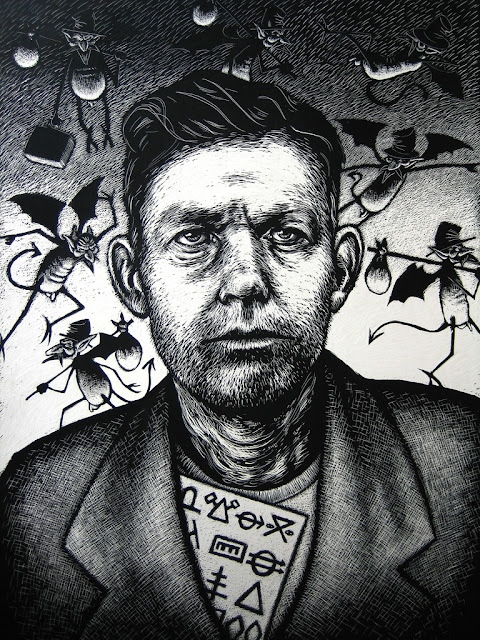 7) Where can we see more of your work (web links)?
Have a look at www.smalltownnoir for loads of vintage mug shots from New Castle, Pennsylvania, and the true, mostly depressing and occasionally downright grim stories of the lives of the town’s criminal element.

I also write The Unsung Joe, which is a less frequently updated site that chronicles the mostly depressing and occasionally downright grim stories of the lives of Hollywood extras in old black-and-white movies.
Posted by Graeme Neil Reid at 8:00 AM