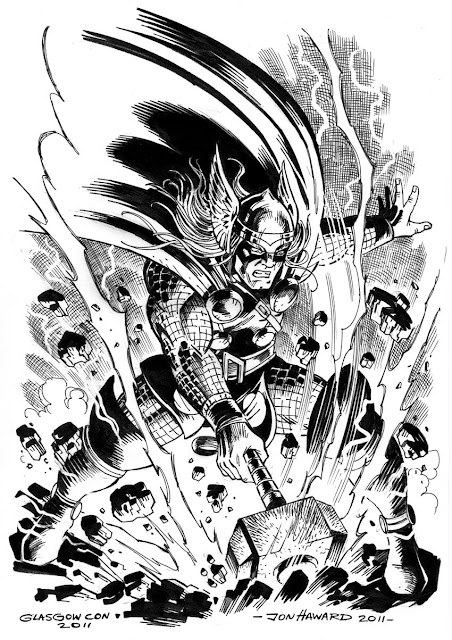 1) What was your first published work?
A mag called preview published by Terry Hooper in 1987 I drew a strip called Deman written by my friend Steven Branson.

2) Who or what inspires you?
Frank Bellamy he never handed in a rubbish job, his work still looks cool today just check out the reprints of Garth in the Mirror newspaper, he had a great sense of design in his work plus power and drama, so many artists copied him but he was a one off a total original. I heard Heros the Spartan was being published by Titan, I hope so as this work deserves to be seen.

3) What would be your dream job to illustrate?
Batman with Alan Grant, Conan with Roy Thomas, Hellboy with Mike Mignola and Thor with Stan Lee.

4) Tell us a bit about the illustration you've sent?
It's a pin up of the Mighty Thor I drew for the Glasgow Comic Con booklet 2011 as the movie has just broke big at the box office I thought it would be cool to draw him, he's always been in my top ten Marvel characters and I've read his adventures since I was a boy. The colour version was coloured by Sha Nazir.

5) What can we expect to see from you next (what are you working on)?
Still art directing Hamlet for Classical Comics although the layouts have all been completed, I'm working on a few projects that I can't talk about just yet but I'm pleased to be drawing them, I also have a load of pitches being looked at by Print Media for Strip Magazine.

6) If you hadn't become an artist what do you think you'd have ended up doing?
Be a cook, I love cooking and it's also a creative trade. 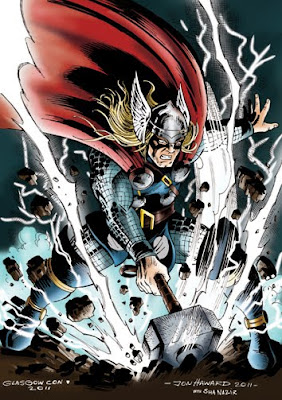 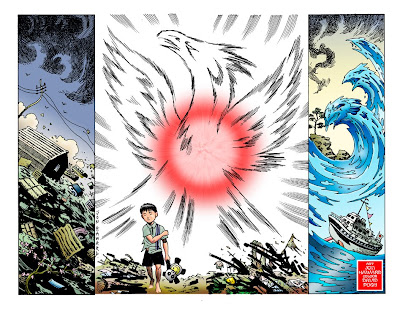 Spirit of Hope Signing
Jon dropped us this excellent image of his contribution to the charity book Spirit of Hope and a note to say that he'll be signing at the Spirit of Hope launch on the 23rd July, 1pm-2pm at Forbidden Planet, 179 Shaftesbury Avenue, London.
Posted by Graeme Neil Reid at 8:00 AM