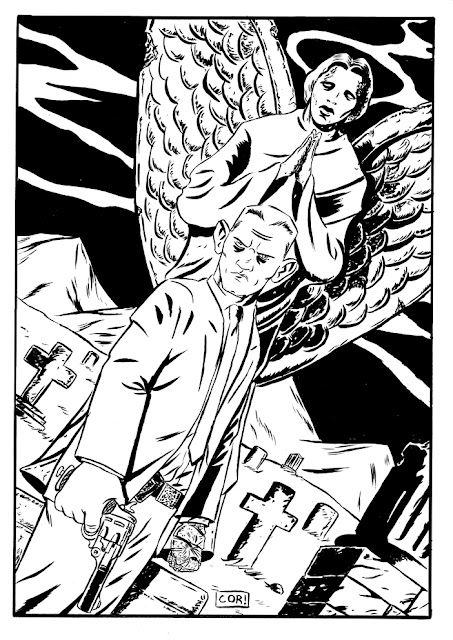 1) What was your first published work?
A one panel Zorgo strip with Craig Collins in Wasted number 6 first full strip was in the Jikan special from Paragon Comics.

2) Who or what inspires you?
Originally British comics like 2000ad and Battle. McMahon, Ewins and McCarthy were the names I first remember being aware of lately I have been getting into more European artists like Moebius, Mezeries and Breccia and loads of old British and American Newspaper strips. 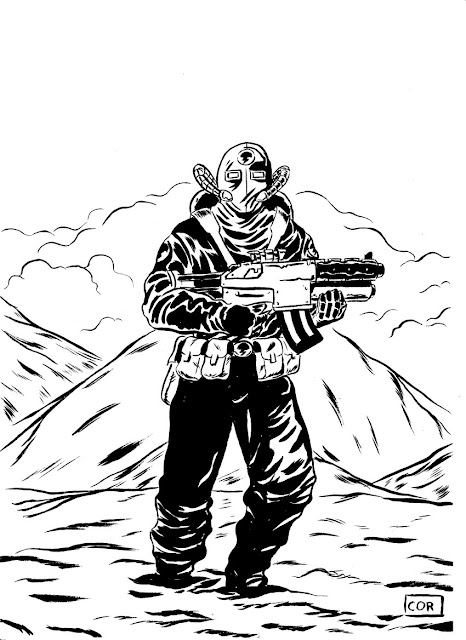 3) What would be your dream job to illustrate?
A creator owned War comic failing that I would love a pop at drawing Commando.

4) Tell us a bit about the illustration you've sent?
It's an image I have had in mind for a bit, it's slowly becoming a comic that will probably be called "Darker Things"Think John Wyndham writing a noir detective novel at the height of Ufo paranoia, it starts with a body being fished out of the River Clyde and goes from there. 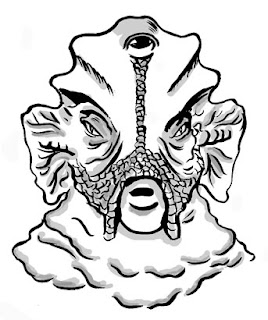 5) What can we expect to see from you next?
I have strip in issue 8 of Paragon comic which is due out very soon, I'll be drawing Occult adventurer Spencer Nero for them next as well as a strip called the Healer for the Glasgow League of Writer's then the Darker Things strip followed early new year by an untitled strip for a comic called Fictitious Ink I'm putting together with some of the Fractal Friction guy's my strip is Basically a grim Soviet Manga featuring giant A girl her old uncle his talking dog and there giant Battle Mech fighting there way across Soviet wastelands.

6) If you hadn't become an artist what do you think you'd have ended up doing?
As I am just an aspiring amateur that draws for fun I still harbour a desire to be Scotland's first man in space.

7) Where can we see more of your work (web links)?
http://james-corcoran.blogspot.com/
Posted by Graeme Neil Reid at 8:00 AM