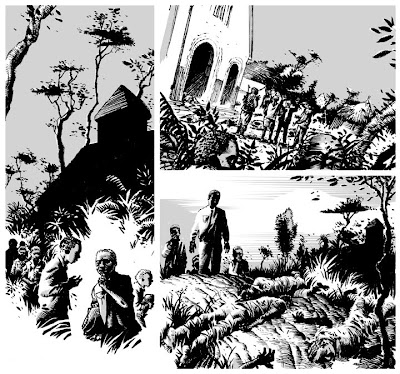 1) What was your first published work?
Beyond some mini comics I did via the mail way back in 1982 or so, it would have been “The Trouble with Girls.” A book written by Gerard Jones and Will Jacobs published by Malibu Comics way back in 1988 I think. I learned to draw comics as I did that book and fell on my face all the time. Gerard eventually wrote some DC comics and I rode into the mainstream on his coat tails!

2)  Who or what inspires you?
Depends on what part of my life, or day, you are talking about! As a child I found these little paperback books that I guess my older brothers left behind. They were collections of “Peanuts” and “The wizard of Id” newspaper strips. I sat and read them straight through and after that I had to have the newspaper everyday so I could read Peanuts and just about every other comic on the comic page! Even Nancy. So, I say the Sunday Funnies inspired me first as far as comics went. On any given day younger musicians or artists who are putting out fantastic work inspire me. For example, Michel Fiffe just self published his book, ZEGAS and it looks great! I felt inspired to do the same once I had a look at what he did. I can either be terrified by young, talented people or be inspired by then. Being inspired by them suppresses my urge to kill.

3) What would be your dream job to illustrate?
At different stages of life, I have achieved what I “thought” would be a dream job here and there, and found that it was not as wonderful as I imagined. “Wanting something and having something are two very different things,” as someone wiser than myself once said. I do think you should do what you really love doing. Many people don’t as it is sometimes very scary to make that leap or it’s just too hard. I love to draw, always have. So having said what I just said, I think being able to design any aspect of a movie, animated or live action, would be a dream job. Be it fantasy or historical I love research and brain storming visual ideas. 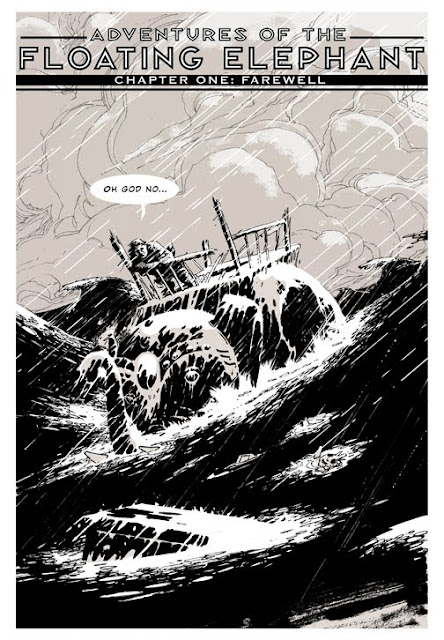 4) Tell us a bit about the illustration you've sent?
I send along a page from an upcoming project I’m working on called “Army of God.” It about the L.R.A. and is written by David Axe. I like how this page came out even though it’s depicting some horrible stuff that actually goes on in the Congo.
I also sent a piece from “Adventures of the Floating Elephant,” the comic I do over at Activatecomix.com. Although this summer I took a little break from posting pages every month! September it starts again! And just for fun I posted a pin up I did for our studio sketch blog “Drawbridge.” For about a year most of us did a sketch EVERY morning on that blog. We kind of slacked off this summer and so did I until I realized something very important. I CAN’T draw for s**t during the day unless I do a warm up drawing in the morning!

5) What can we expect to see from you next (what are you working on)?
“Army of God,” which I mentioned above will start appearing on Cartoon Movement in January. That will run for about 100 pages. Other than that I’m working on self-generated projects that may or may not ever see the light of day. Looking around at the publishing industry I think it may be time to try out that new fangled digital publishing platform! 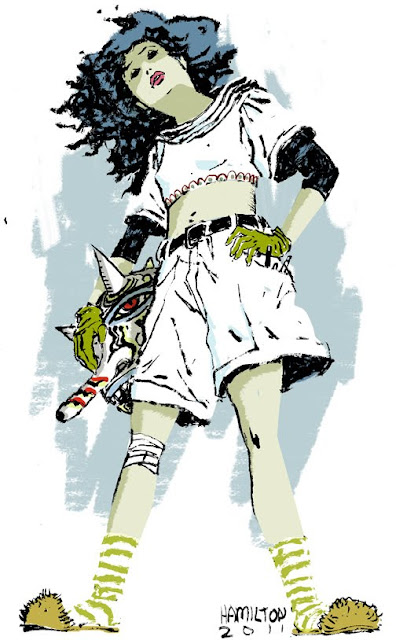 6) If you hadn't become an artist what do you think you'd have ended up doing?
Wow. I’ve drawn since I was 5 years old. I don’t know. But I once dated a woman who was in Veterinarian school and was fascinated by all her studies. I snuck in with her and watched her do neurological rounds and sometimes helped her (shhh don’t tell!). At that time I wished I had taken that path and have always loved dealing with animals. I guess the short answer is “Veterinarian.”

7)  Where can we see more of your work (web links)?
You can read “Adventures of the Floating Elephant,” here:  http://activatecomix.com/23.comic
I do a humorous comic strip on my own site every Monday, Wednesday and Friday called “Brother Sasquatch.” You can see that one here:  http://hamilton-tim.pair.com/CUTBLEED/
Almost every morning I do a warm up sketch and post it on Drawbridge along with who ever else can keep up with me!  http://draw-bridge.blogspot.com/
Posted by Graeme Neil Reid at 8:00 AM