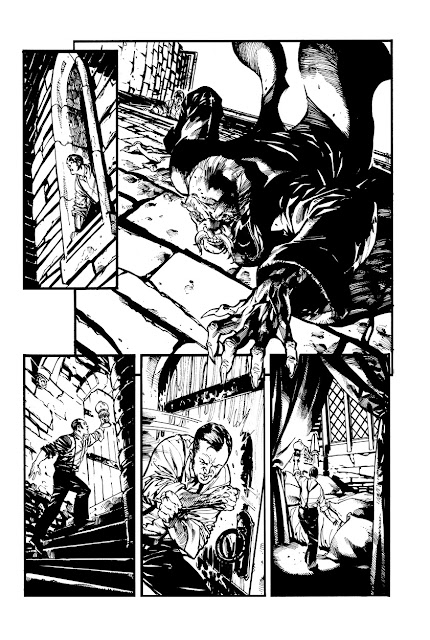 1) What was your first published work?
Other than fanzine stuff (which I assume doesn't count), I drew a Lovcraftian horror strip called 'Whiplash' for an RPG magazine called Adventurer, back in 1986. The strip ran on a monthly basis for about 10 episodes I think. The first 3 or 4 of which were written by Warren Ellis.

2) Who or what inspires you?
Like most visual artists, I find inspiration almost everywhere, architecture, product design, fine art, nature, but also from obvious sources like the work of other cartoonists, I hesitate to pick names, because I think everyone is better than me so it could be a hella big list, but my favorites include: John Buscema, Al Williamson, Mike Mignola, Adam Hughes, Jim Lee, Dave Gibbons, Alan Davis & all stops in between. Even the work of artists which I might not particularly care for, I'll look at it & find something inspiring (i.e. something I can steal!). Then of course show me a comic book artist who doesn't find inspiration in movies, & I'll show you.... someone who doesn't own a telly, probably. 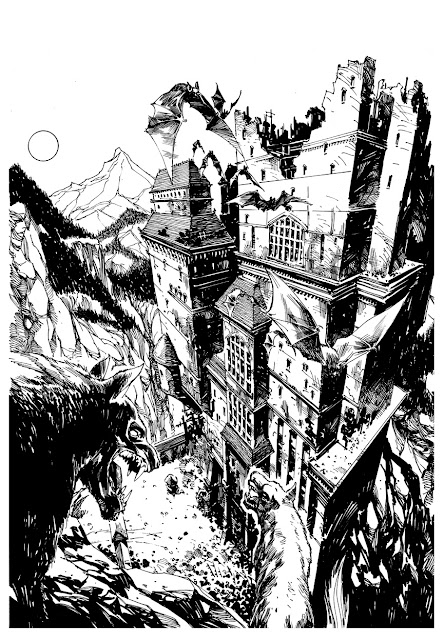 3) What would be your dream job to illustrate?
I have been very lucky in my career, & most of the unlikely ambitions I had when I first started have infact been realised. I always hoped, but never actually believed that I'd get to draw Judge Dredd, Rogue Trooper, Batman, Dracula etc etc. but I did, so those four were DEFINITELY dream jobs. But as for characters I've never worked on, Conan would be the top of my list, closely followed by Tarzan. I know I'm supposed to say that I want to create my own comics, with my own characters & while I would like to do that one day, for now I'm an illustrator not a writer, & I work best when I'm illustrating stories written by people who actually know what they're doing. Plus, I enjoy drawing characters I grew up reading. 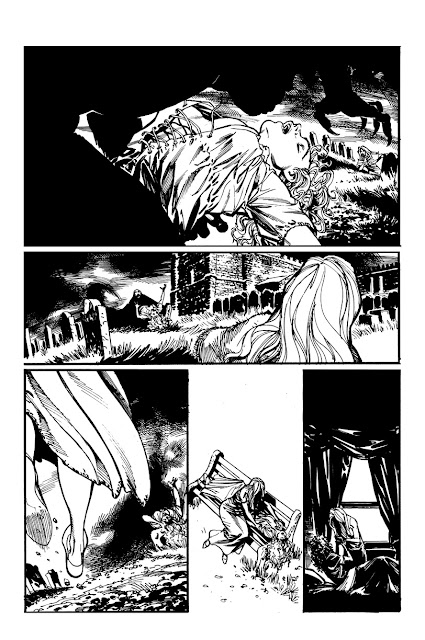 4) Tell us a bit about the illustration you've sent?
I sent five pages from the adaptation of Dracula I have drawn for Classical Comics. This is finally due out this Autumn, just in time for Halloween.

5) What can we expect to see from you next (what are you working on)?
Well obviously the Dracula thing, but I have been working on some children's book illustrations. Some of the work I did is featured in a book which came out just this month, Usborne Beginners: Helicopters. 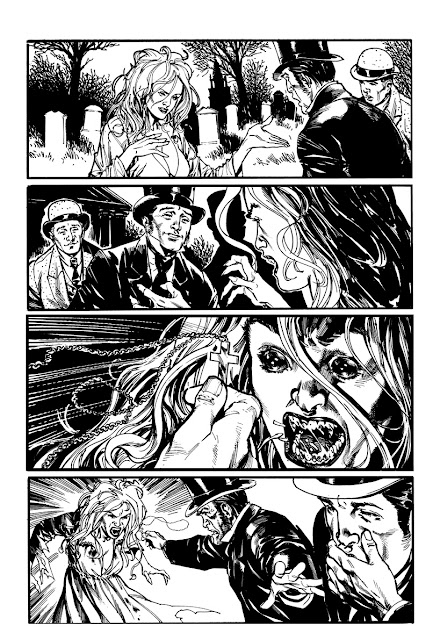 6) If you hadn't become an artist what do you think you'd have ended up doing?
When I was at school, I harboured ambitions for a career in acting, & although I demonstrated some aptitude for it, I always had that nagging sensation that I was making a bit of a pillock of myself when I was up on stage, & so turned my back on it. The only thing I've ever done for a living other than working in comics, was working on building sites (construction), so maybe I'd be doing that.... while telling all my co-workers that I coulda been an actor. 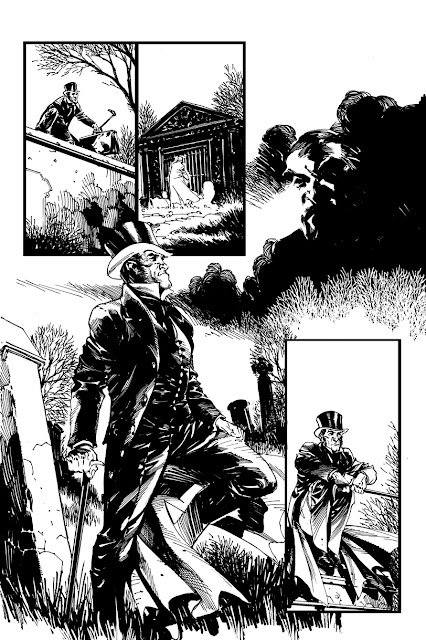 7) Where can we see more of your work (web links)?
Check out my website www.stazjohnson.com or my blog.
Posted by Graeme Neil Reid at 8:00 AM

New comments are not allowed.