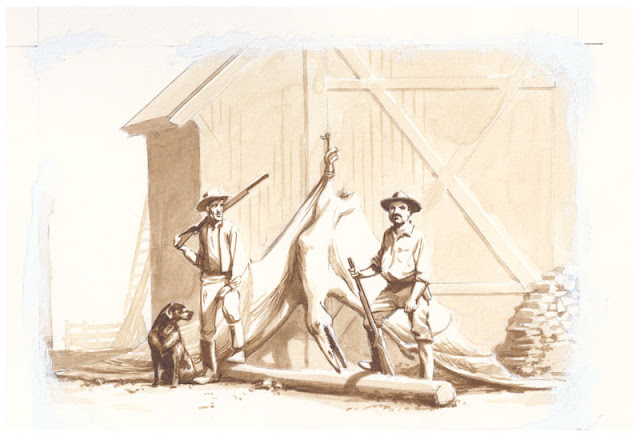 Here's an oddity from the vaults. This was commissioned by Steve McManus for a Megazine text piece about UFOs and unexplained phonomena. So it was quite a while ago. The story was that there's a photograph taken back in the late 1800s of some cowboys that had shot down one of the mythical 'Thunderbirds' of native american legend. The thing was supposed to look exactly like a Pterosaur. I don't know if the photo actually exists or not. I've seen a couple of amusing fakes. This one is obviously VERY fake as I painted it with watercolours. The 2 cowboys were derived from photo reff of Gary Cooper and Ernest Hemingway.
Posted by SiFraser at 4:02 AM