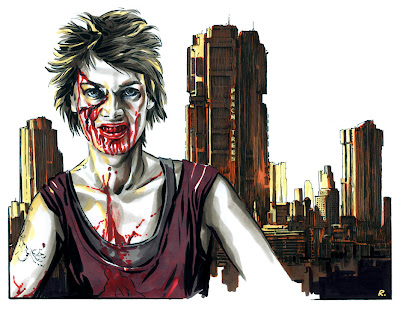 Released in the UK at the start of September 'Dredd' (3D) is the latest movie version of 2000ad's top lawman of the future Judge Dredd. I went to see it and apart from wishing I could go and see it again without 3D I thoroughly enjoyed it and highly recommend it. Obviously I am a Judge Dredd fan as hopefully my work for 2000ad, my past blog posts and art would show, and being so it would probably make me hyper critical of any new film based on the character but I give this film my hearty endorsement, its good, its Dredd.

Karl Urban and Olivia Thirlby are excellent as Dredd and Cadet Anderson but I want to hand out particular praise to actress Lena Headey who plays drug lord Madeline Madrigal (known as Ma-Ma) in the tower block Peach Trees. When I had heard that Lena was to play the lead 'baddie' in the film I expected good things as although I had spotted her in other things I was highly impressed by her role as Cersei Lannister in HBO's series Game of Thrones, she can play nasty and I expected that in Dredd.

What we got was nasty Mega-City sized, she was fantastic. Her portrayal of this psychotic criminal was so spot on that it felt genuinely out of the pages of 2000ad and the streets and blocks of Mega-City One. In my mind it was like looking at a character drawn by Matt Brooker or Henry Flint in the series Low Life, it was spot on. She was also amazingly frightening and intense in some scenes, if Urban WAS Dredd and Thirlby WAS Anderson boy did they pick the right person to play Ma-Ma. 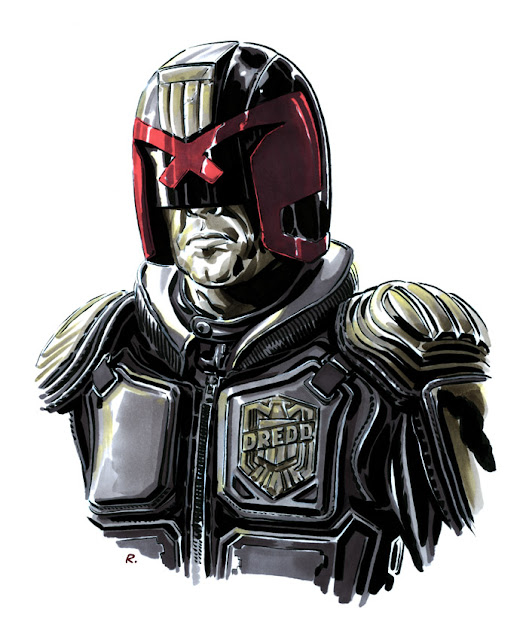