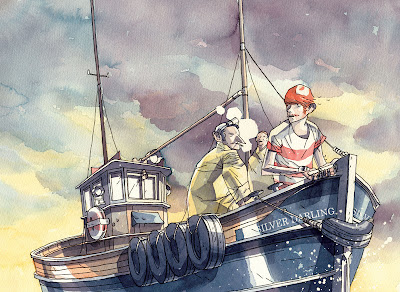 1) What was your first published work?
I was lucky enough to contribute a chapter to Nelson. My year was 1999 and whilst Prince and Millennium revelry danced about my head I plumped instead for a short story set in the heat of a live action role play. 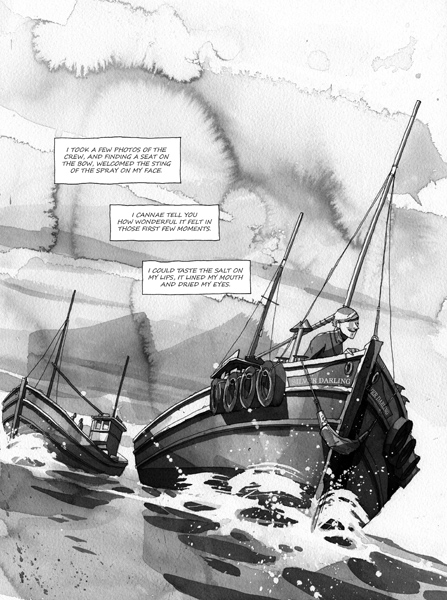 2) Who or what inspires you?
I tend to take a little pinch of everything I see. I think I’ve been most accutely influenced by a couple of European creators, Gipi and Chris Blain. There’s a seemingly effortless rhythm and spontaneity to their work, which I hope belies a mountain of preparatory work. 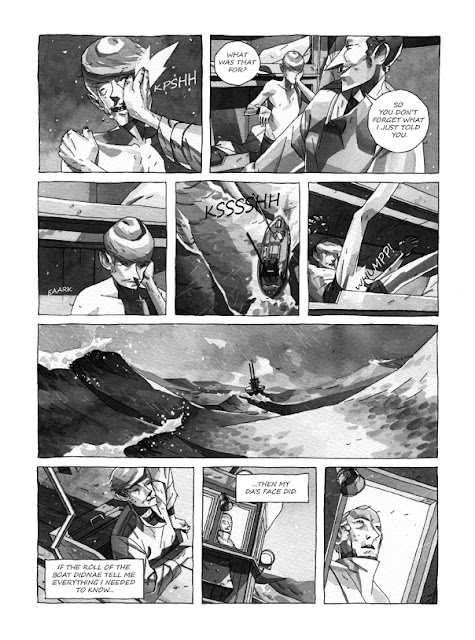 3) What would be your dream job to illustrate?
I really enjoyed having the opportunity to create every element of my own story. Getting the better of narrative obstacles is incredibly rewarding. That said I’d look forward to having the chance to work with a writer. I’m sure I’ve unconsciously created a comfort blanket of reliable approaches to drawing, which would be good to challenge. 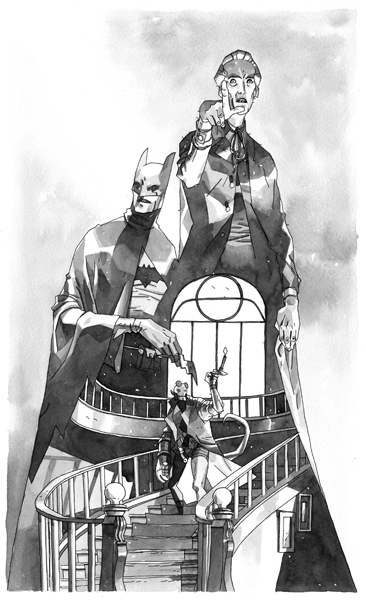 4) Tell us a bit about the illustration(s) you've sent?
There’s a couple of pages from my graphic novel The Silver Darlings. It’s a short story that centres on a young man, Danny, who’s perceptions are left a little shaken by a week on his dad’s herring fishing boat. I was experimenting with ink washes as I started the book, which enabled me to create the density and atmosphere I was looking for in my panels.

Then an image of Batman, Hellboy and Christopher Lee. I drew this for a drawing challenge posted by James Howard on Twitter (https://twitter.com/themooks) ...any excuse

I’ve also dropped in an image of Geppetto that I created for a story-telling project in Cumbria. It always strikes me how different the demands of creating an individual illustration are to making comics. It’s no mean feat attempting to squeeze the whole story into a single image. 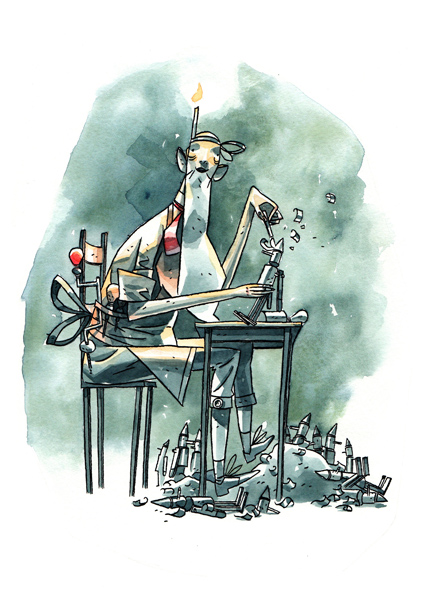 5) What can we expect to see from you next (what are you working on)?
Well The Silver Darlings is officially released in February. In the meantime I’m starting to mull over a new story and look forward to the opportunity to work on a Tharg’s Furture Shock for the Galaxy’s Greatest Comic.

6) If you hadn't become an artist what do you think you'd have ended up doing?
I’d dreamt of being a stone mason in my early twenties. Although I’m sure my mental picture is as close to the reality as Flash Dance was to steel working.

7) Where can we see more of your work (web links)?
My website www.whmorris.com and blog www.whmorris.blogspot.com
Posted by Graeme Neil Reid at 8:00 AM