Some 7 years ago I was living in France ( drawing 'Family' for the Megazine ) and trying to set up some work in the French market. I met lots of writers, lots of publishers and eventually settled on a project called 'Axelle' by a writer called Eric Stoffel who was a friend of a friend. It was a Sci-Fi Space-Opera, with a comely heroine and the story centered around human cloning, flying through space in a decommissioned battleship and aliens ( lots of aliens! ). Visually it would be very much along the lines of Nikolai Dante , which I hadn't drawn for some time at this point. I reasoned that if I was going to break into a new market , I'd best play it safe at the beginning.
So I settled in to do some character sketches. The lead character went through a LOT of permutations. 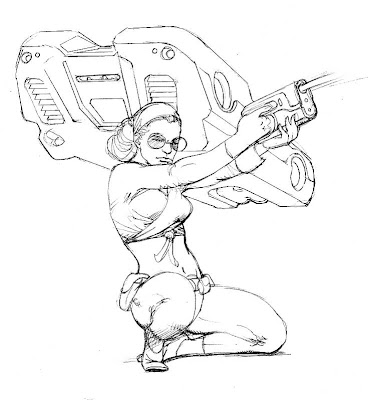 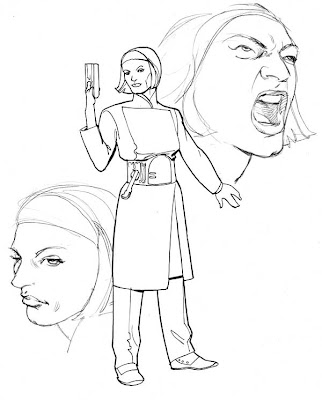 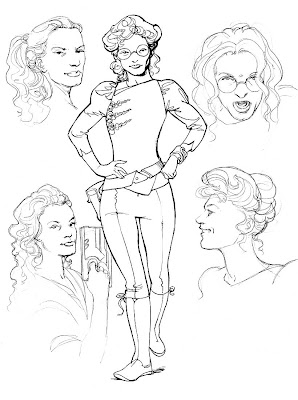 Seriously there must be at least twice this number again of sketches, colour sketches , drawings of various different actresses etc etc. I may have lost half of them , or they're buried among all my other backup CDRs. Frankly I don't have the time or energy right now to look. Sufficed to say that we arrived at roughly this costume... 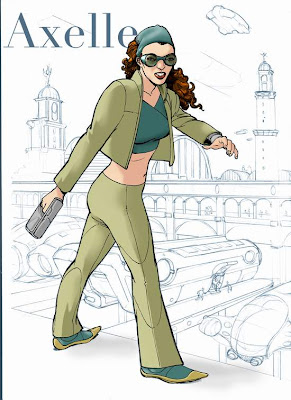 ....with Nicole Kidman's head. Though even this was not quite the definitive version of the character. 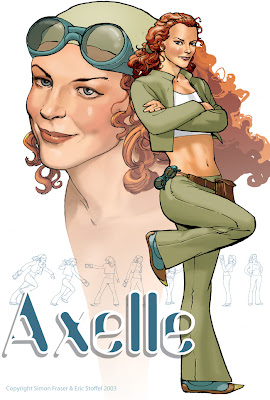 It was a slog, but we still weren't done. Next week I'll show you the supporting cast of characters and the week after that I'll post the story pages that actually got drawn.
Have a good one.
Posted by SiFraser at 2:54 AM