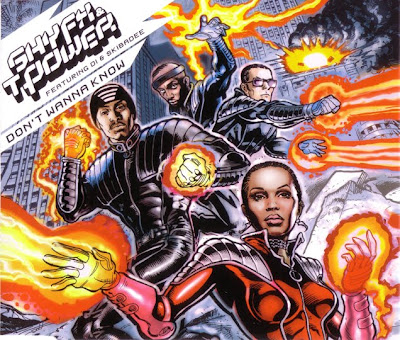 We've had some great contributions to the Guest Post recently and we continue this week with a legend in the comics industry, Mike Collins!

Mike has a comics CV that is as impressive as it is long, from Judge Dredd, Superman, Star Trek, Doctor Who and... well it's a long list. But like all artists Mike is known to work outside of the comic field and his contribution this Sunday although keeping a strong comic connection is something a bit different. 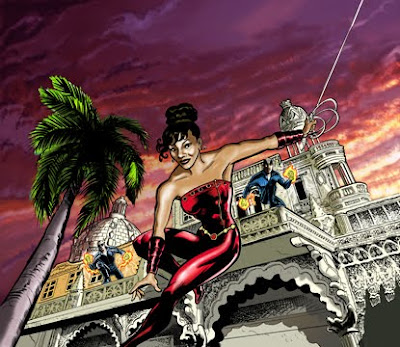 About eight years ago, I was approached by London Records to produce covers for an album and two singles for ShyFX and T-Power. The brief was to make them into super heroes (the name certainly lent them a superhero-y feel). The guys are DJs and the singers for each track also get a superhero persona on the album cover, which folded out on the CD to make the alley scene.

I remember walking into HMV when the first single came out and being bowled over to see my art on the 12" Vinyl version and suddenly remembering that one of the items on my wishlist as a kid was to do an album cover and see it in a record store. A massive kick! Liked the music though not quite Smashing Pumpkins or Tom Waits which are more my style. It had, as Hugh Dennis used to say, 'a good beat'. 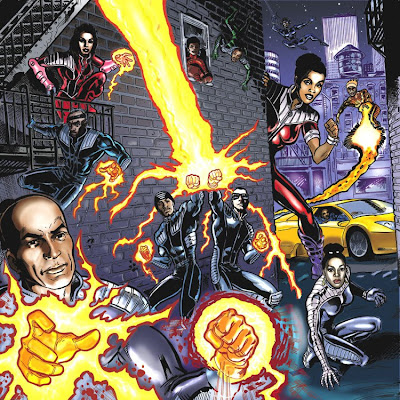 Going back through my files I've found my sketches for the album and second single cover... here ya go... peek behind the creative curtain. 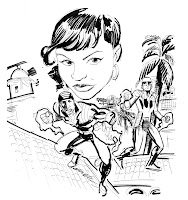 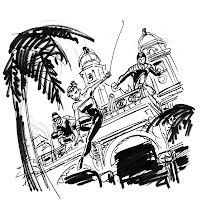 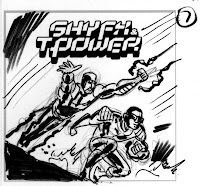 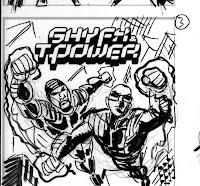 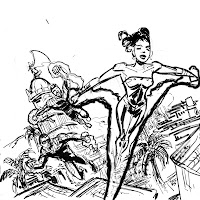 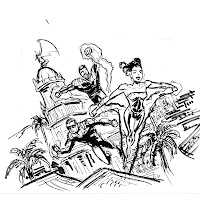 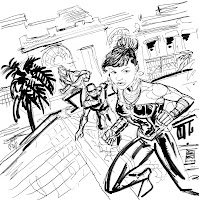 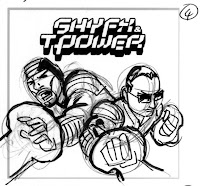 Many thanks to Mike for sharing his work with us, keep up to date with Mike and his work at his website.