Red Sands was a 24 page post apocalyptic comic strip that I drew when I was at college in the early 90's. It was a mix up of Strontium Dog and Mad Max meets High Plains Drifter. At the time I was heavily influenced by Carlos Esquerra and several other 2000ad artists. 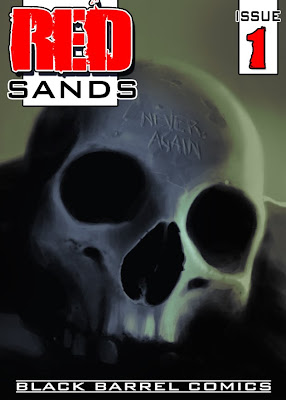 Early last year Starscape comics asked if they could continue the strip with a new artist and writer. I was happy to agree because I had no plans to continue it any further myself. Before the new strip kicked off, Starscape re-published my original comic through Lulu and free from My Ebook and I provided an updated cover based on my original 1994 image 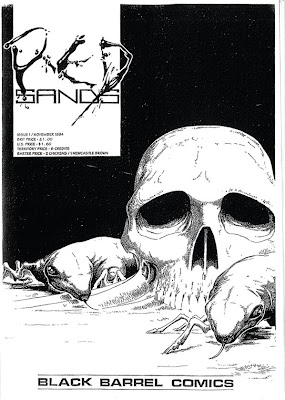 Red Sands issue 2, written by Matthew McLaughlin and Illustrated by Bruce Mclaren is an ultra gory and violent sequel to the debut story and I painted a new cover for that release too. Keep your eyes peeled for that image next week
Posted by Alex at 12:26 AM