Lords of Misrule - Redux and competition. 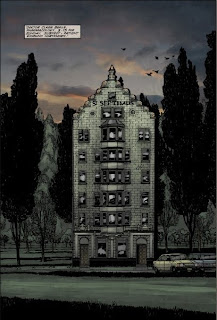 Back in 1992 I was fortunate enough to continue working with my Knights of Pendragon colleagues on a couple more projects at Kevin Eastman's new company Tundra. The first, Hypersonic, would eventually come out some seven years later through Dark Horse Comics but Lords of Misrule (written by Dan Abnett and John Tomlinson) managed a limited run at Tundra and remains a favourite work of mine still. There was some regret at the time of publishing that the original colour did not capture the dark brooding menace of this urban horror story. I resigned myself to including the black and white artwork in my portfolio and touring with the cherry pages at conventions. 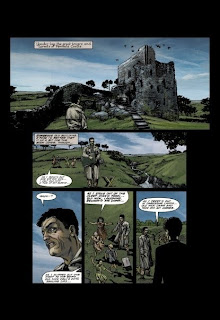 Seventeen years later, Dave Elliot (now with Radical Comics) brought together the later Dark Horse series by Peter Snejbjerg and my original graphic novel for the first time. Dave allowed me to resize and open up the artwork for the release in a kinda redux fashion. Black borders were also added and the new painted colour by French artist Jean is particularly appropriate for this urban horror tale. 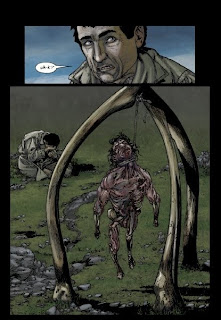 I have included some pages here. This also helps provide my prize for next month's competition. A signed copy of the new hardcover will be given to the winner. A hefty volume with additional extras not found in the original series. A sketch will also be included of the Jack Goodfellow character as an inlay to the edition. A genuine one-off.
Posted by Gary Erskine at 12:26 PM