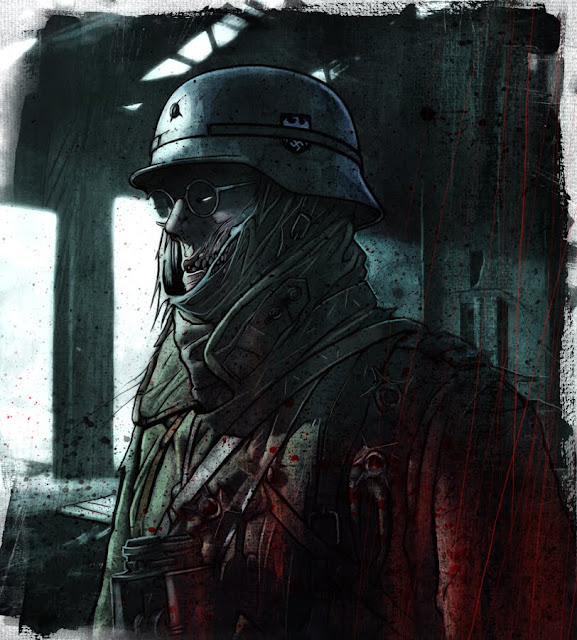 1) What was your first published work?
After I finished my illustration degree in 1996, I managed to do a fair bit of freelance, I had a lot published with Arcane "the role playing magazine" (Future Publishing), including a really bad cover, and do you remember The "Spinchiller" collection (Eaglemoss), well I did a few kids horror illustrations for them too… ooh and I did two cards for Wizards of the Coast. So it started off well but I don't think I was ready or good enough, so I disappeared into the world of video game development for the next 13 years or so. We did win a Bafta award for one of our games which was cool, and I got to design lots of cool characters for Sega and worked on a Bond game too.
But illustration work soon came back into my focus and I think I did over 70 illustrations for the Black Library (Games Workshop) and my first proper comic art was published in Liam Sharps "Event Horizon" anthologies, then some stuff for Boom Studios and ImagineFX. 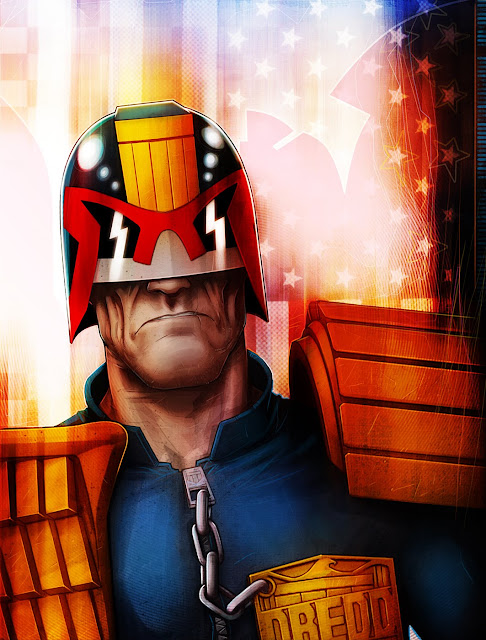 2) Who or what inspires you?
I have to admit I was pretty narrow in my inspirations, I had a hell of a lot of Paper Tiger art books when I was a kid, which I think Patrick Woodruff was my favorite at the time. I didn't make the most of art history while at college, my head was too deeply embedded in the pages of 2000ad. I loved pretty much all of Thargs robot art army, most of all Sean Phillips, Duncan Fegredo, Bolland, Fabry, MacNeil, Chris Weston, Steve Dillon, and so many more… when I did look out outside of 2000ad I loved the work of Bill Sienkiewicz, Phil Hale, Ashley Wood, and the stuff that modern concept artists are putting out is amazing. I was also lucky enough to meet Ben Oliver while at college and also while on my degree, his art knocked me off my feet.
Right now I'm inspired by the urban exploration Website's, love that stuff, reminds me of been a kid and wandering around the Hartlepool industrial estates.

3) What would be your dream job to illustrate?
Dredd has always been my ultimate goal, don't know why he has had such a effect on my life choices. I was so jealous when Judgement Day came out… zombies and Judge Dredd, two of my favorite things :)
Right now I would love to do more Dredd and I remember years ago doing a John Constantine meets Batman sketch, which I believe has just a happened in SwampThing… anyway Constantine is my second best character next to Dredd, that would be very cool. 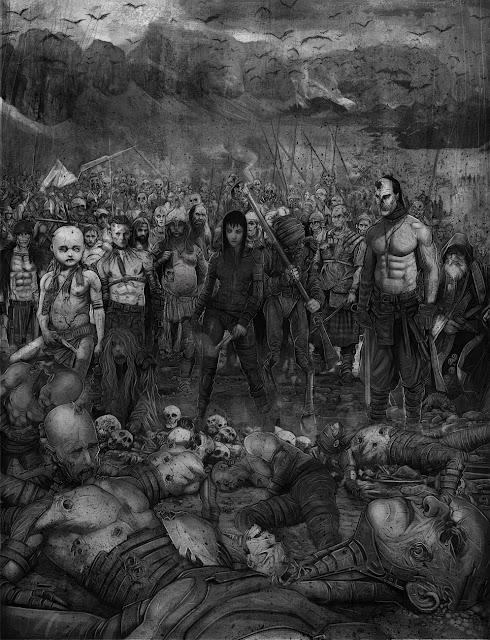 4) Tell us a bit about the illustration you've sent?
Picking some work to show is very hard, so I will go with what most people seem to like, Zombie Nazi dude, this a early concept piece for the director of Out-Post 2, which I believe Alex Ronald has done a lot of great work for… looking forward to seeing the film.
I may as well pass you the Judge Dredd image I have just finished for fun and my favourite Dredd panel from a recent strip. Really enjoyed working on Tony Lee's Necrophim too and also a character sheet for the "X" as a boy. 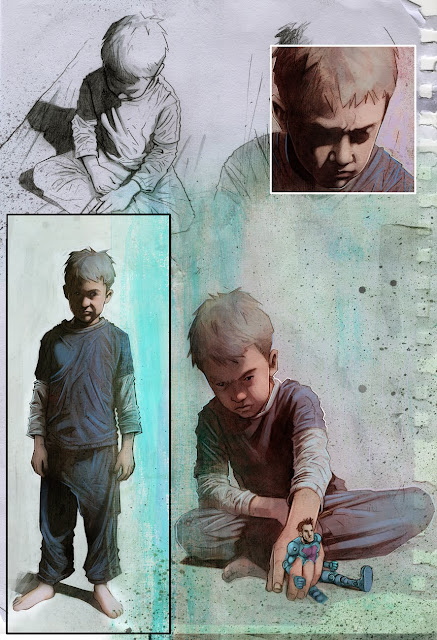 5) What can we expect to see from you next (what are you working on)?
At the moment I'm in the middle of a move, moving cities too, so I have been careful about what projects I take on as I don't want to miss any deadlines, but I have a big project with Com-X going on, I'm illustrating the second book of a the "45" trilogy. Blue Spear is the first book after "45" and I'm doing "X" which would be the 2nd book I think… Andi Ewington is a great writer so I'm looking forward to getting stuck in.
Like most 2000ad artists, I wait to see if Tharg has any more plans for me too. Oh and I got a call to do some concept art the other day, so I will see if that pans out too.

6) If you hadn't become an artist what do you think you'd have ended up doing?
I really wouldn't like to think about what I would be doing if it wasn't for art, got to admit that my childhood and teenage life was a bit wayward but comic art was my secret passion and it kept me on the straight and narrow and give me a goal. I went to the worst comprehensive in the North East so my exam results were a collection e and fs, but I got a A in art :). Education seemed to be all about the industry surrounding Hartlepool, basically getting the kids used to the idea of working in factories and steel works… not for me, I didn't like getting dirty :). And now if I can inspire any kids to be artists I consider that very important.

7) Where can we see more of your work (web links)?
Right since I left Bizarre creations I have become far more social and have been able to increase some web presence, so if your interested I have a rather nice website here http://www.lee-carter.co.uk but I tend to be more active on my blog http://mrleecarter.blogspot.com and my deviant art account http://mrleecarter.deviantart.com oh and now twitter too http://twitter.com/#!/MrLeeCarter
Posted by Graeme Neil Reid at 8:00 AM