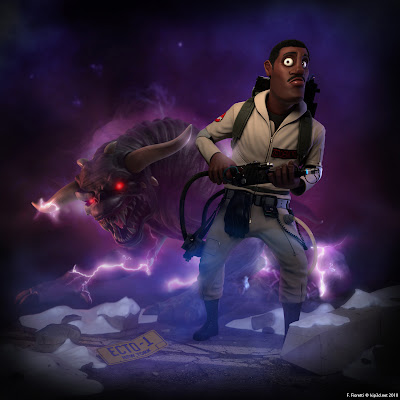 1) What was your first published work?
Well, the first time something I had created was shown publicly seems like ages ago. It was a character called Lucien, a crazy looking dude that has been used as mascot for Big Rock Training center, an Italian CGI school. You can still find it somewhere on their website www.bigrock.it. 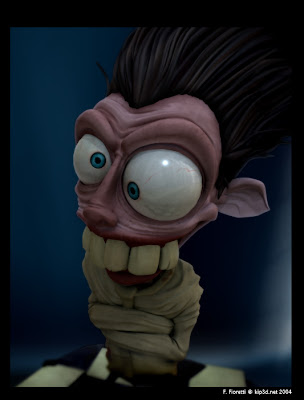 Then professionally, about 4 years ago I joined the London based company Candylab, now called The 3D Agency. My first project was working on the huge print campaign for Lloyds TSB Bank in the UK.
From then on, many of the still adverts and illustrations I worked on appeared both in the UK and US. Now that I am working on visual effects, I get to see my stuff on TV and in cinemas. Exciting! 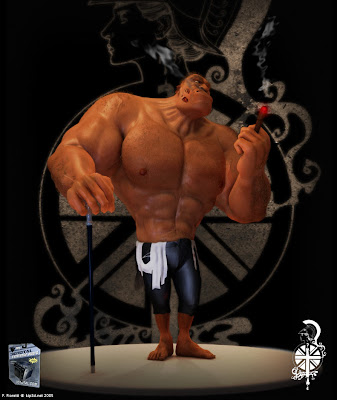 2) Who or what inspires you?
There are many things that inspire me everyday. It can be a comic, a movie or just music. Nothing or nobody in particular. I create what I feel to create.
Few years ago I was reading Alan Moore's "The League of The Extraordinay Gentlemen" and I created Mr.Hyde
I found out about this Marvel character called Antivenom. I thought was quite cool...and 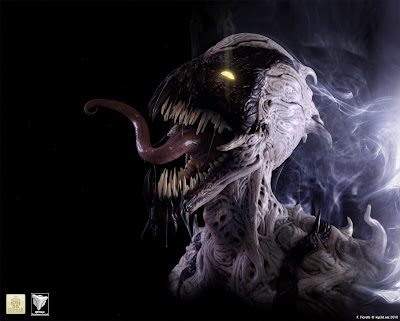 3) What would be your dream job to illustrate?
Honestly, although it was a personal project...the Ghostbusters would probably have been my dream job. So I would say that would be awesome to be part of the team behind (fingers crossed) the next Ghostbusters movie! 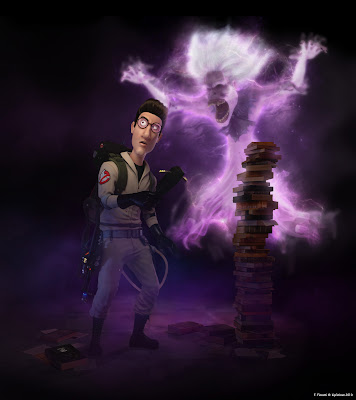 4) Tell us a bit about the illustrations you've sent?
A CGI version of the Ghostbusters. Ghostbusters to me, as for many many people out there, is an obsession. I love them, the style , the props, the movies...everything!
I thought... I work with 3D, I have never seen a Pixar/Dreamworks style version of them... so, after several months I came out with those 4 images, that are now spreading on the web like a virus. I am very surprised and pleased with that. People really seem to love them! It took me long time, though in the end I rushed a few things...but overall, the final result is nice to see. 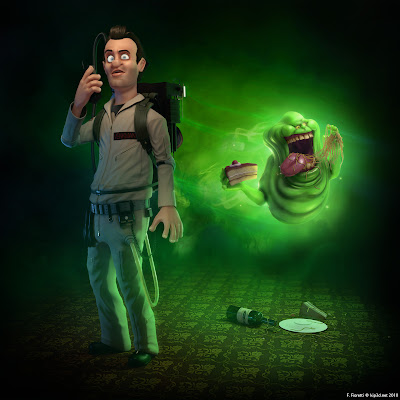 I am very critical of my work, maybe too much, but that's how I improve. I agree with most of the bad and good feedback I am reading online about my pics, that's helping me a lot. From a technical point of view I used Maya, Zbrush, Photoshop, Nuke and several sleepless nights.

5) What can we expect to see from you next (what are you working on)?
Recently, I took a change of direction with my career, moving from illustration to visual effects for TV and cinema, by joining the company BlueBolt. We just finished visual effects on the big hit HBO's "Game of Thrones". We are now working on a few shots for the next Sherlock Holmes film.
Personal projects are a bit on stand by at the moment. I am focusing on improving my digital sculpting skills with Zbrush. I hope I will complete something soon. And maybe... another Ghostbusters illustration? 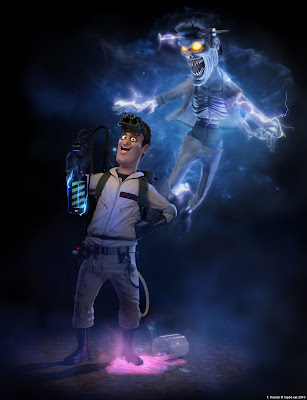 6) If you hadn't become an artist what do you think you'd have ended up doing?
I have no idea. I always knew what I wanted to do. Since I was a kid. I believe I've been kind of lucky from this point of view, but I also had to work seriously hard to get where I am. And there is still lots to learn... I don't even really see it as a job. My job is my hobby, my hobby is my job.

7) Where can we see more of your work (web links)?
On my website http://www.kip3d.net/ you can find pretty much everything, from personal to professional. Hope you will enjoy it.
Posted by Graeme Neil Reid at 8:00 AM