Since I  have a touch of OCD, I tend to hoard a lot of stuff from years gone by.
This is a press clipping from May 1993 and features some od Scotland's established and up and coming talent of the time. When this article appeared I had been completely unaware that many of the names I knew  from British comics were Scots and living in and around Glasgow. 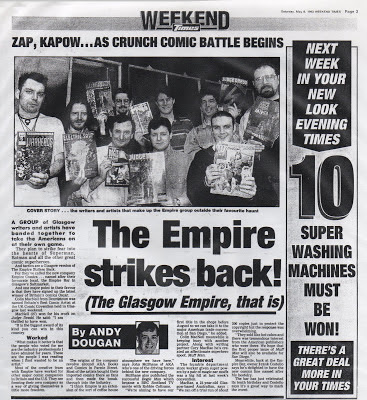