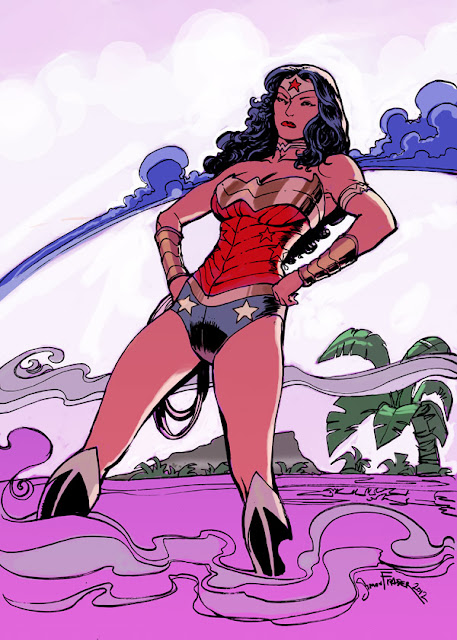 Of all the DC 52 titles that I've read ( not too many of them I'll admit ) the one I most wanted to be good was Wonder Woman. I am a big fan of the George Perez reboot in 1987 and even the TV show which I watched when I was a kid ( which my Dad was a big fan of too...hmmm...) Of all the bigtime Superheroes she seems to be the most complex and potentially interesting. Though the comics often were not.  So I'm REALLY happy about what Brian Azzarello and Cliff Chiang have done, at a stroke giving the character some serious gravitas and giving the book a real sense of clarity and purpose.
This is total fan art.
Posted by SiFraser at 1:00 AM