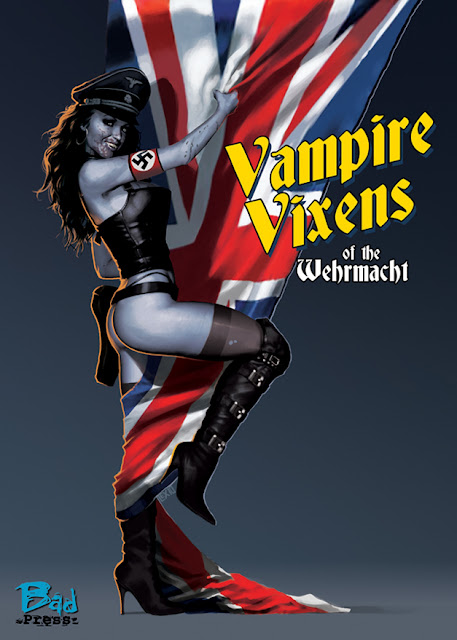 It's been a little while since we had a Guest Post and its one hell of an image we have from repeat Guest poster Alex Ronald.


Vampire Vixens is a new strip that's coming to Wasted in the new year. Co-written by comics guru The Emperor and myself, it's Inspired by many of the great war comics from the 70's like Warlord and Battle picture weekly and strips like Hellman of Hammer Force but with it's tongue lodged firmly in it's cheek.
Vixens is our bash at WW2 comics but with a modern and upbeat approach. Hope you like it.
What's not to like? As always you can see more of Alex's awesome work over on his own blog.
The Guest Post on Sunday is open to all who wish to take part, so click here and join in!
Posted by Graeme Neil Reid at 8:52 AM