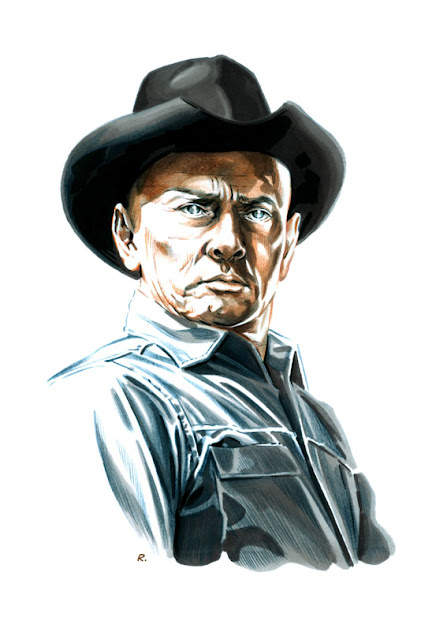 WestWorld is another film that I can instantly recall my first ever viewing of, not the date but where I was at least and that was in my grandfathers house in Dunston. It was being shown on TV and I reckon I must have been about 10. What a film! Two friends go on western themed adventure park holiday, populated by androids so close to human beings you wouldn't know the difference and where anything goes. Things take a turn for the worse for those visiting when the androids start to malfunction and kill the holidaymakers. Our two friends find themselves on the wrong side of the Gunslingers pistol. He's the original Terminator, ruthless and single minded, what the heck could you do to get the gunslinger give up!?!

My thoughts about Yul Brynner's portrayal of the 'Gunslinger' where not based on Schwarzenegger's Terminator (it wasn't released yet) but more to do with the relentless Doctor Who baddies the Cybermen, you couldn't stop them (well maybe if you had some gold on you) and you sure weren't going to stop the gunslinger. Even before his programming took a hit the gunslinger gave me the creeps. I didn't know the look of the character was based on Brynner's previous role in The Magnificent Seven I just knew you wouldn't mess with him. Plus of course it's Yul Brynner, the guy was cool, that trademark bald head, those piercing eyes. The guy was cool. 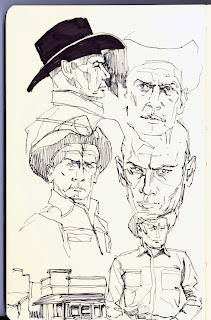 WestWorld was written and directed by Michael Crichton (he of Jurassic Park fame) and released 40 years ago. Apart from loving the film anyway that kind of makes it extra special for me being released on the year of my birth. A less than brilliant sequel, FutureWorld, was released three years later and there was even a very short lived and hardly seen TV series. Rumours are forever being posted about a remake but I reckon you'd be hard pressed to top the imagination and originality that the 1973 version gave.
Posted by Graeme Neil Reid at 8:00 AM