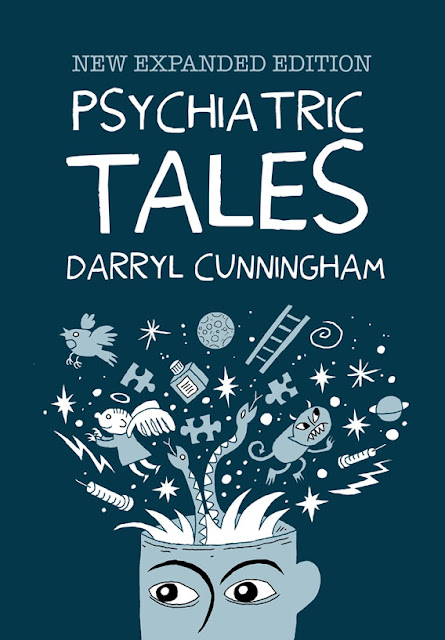 1) What was your first published work?
I did a couple of mini-comics in the late 80s/early 90s. Man In The Tower and Blood Relatives. They embarrass me now, although others seem to think highly of them. I met Nick Abadzis in New York at MoCCA and he seemed to think they were worth reprinting. It could happen, I suppose, as long as I never have to look at them.

But my real first published work was a short back-up strip in Cerebus. I'd sent Dave Sim a mini-comic, and he responded with an offer to print a strip, on the understanding that he couldn't pay me. Then after it was published, he sent me a cheque anyway. I felt I'd passed some sort of test, where he wanted to see if I was committed to the medium enough so that I'd produce something just for the love of it. Or possibly he just changed his mind. I don't know.

2) Who or what inspires you?
That's a hard question. When I was younger, I knew exactly what was inspiring me, because the pool of material I was looking at was so small. But now I'm pre-elderly, I've experienced so much, read so much, seen so many films etc, that I hardly know where my influences and inspiration are coming from.

3) What would be your dream job to illustrate?
I'd really just like the chance to continue to do my own work with as little interference as possible. 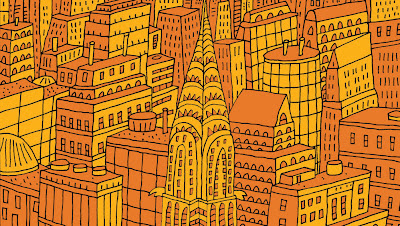 There's a new edition of Psychiatric Tales out very soon from Blank Slate. This is a book about my experiences working on an acute psychiatric ward. It has a new cover and I've added a couple more chapters, plus a new intro.

The orange Chrysler Building drawing is a panel from the Ayn Rand strip.

And because this is Scotch Corner, I feel obliged to show the pic of a Scottish Dalek I drew.

5) What can we expect to see from you next (what are you working on?
I'm working on a huge (for me it's huge) book on the origins and aftermath of the 2008 financial crisis. It's big in scope and will include a 66 page biography of Ayn Rand (a strip that is currently being serialised on Activatecomix).

Here's what I wrote on my blog about the new book...

"It will look at how the market in derivatives, and especially credit swop derivatives, caused the crash in the financial markets. It will explain, clearly, and in some depth, what these derivatives are, how and why they were developed, and how bad debt in the US housing market brought down the system.

It will look at the failure of austerity measures to solve the UK's economic problems and how these measures are being used to roll back the welfare state, creating further inequality.

It will look at how inequality in a society is bad for all in a population, including the very rich.

It will look at how the philosophy of libertarians, such as Ayn Rand, has captured the imaginations of business people and politicians on the political Right, especially in the United States, and how this philosophy has been put into policy.

And finally, it will look at at the current research into the psychological and neurobiological differences between liberals and conservatives. It will look at the psychological strengths and weaknesses of each of these political positions, why human beings have evolved this apparent split, and why this difference, when in properly balance, is useful to us as a species."

It'll be out from Myriad Editions late next year. I've probably bitten off more than I can chew, but I'm going to chew it anyway. 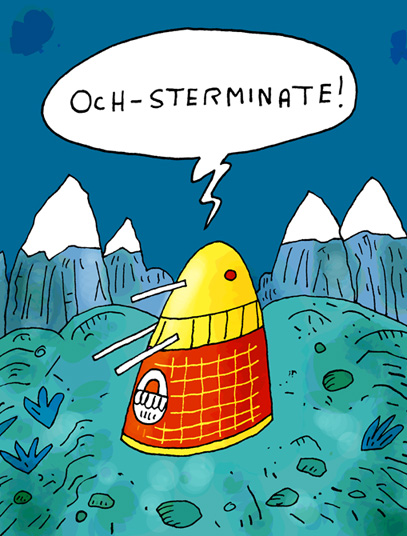 6) If you hadn't become an artist what do you think you'd have ended up doing?
I'd be lying in a ditch somewhere. I'm incapable of doing a proper job for long.

7) Where can we see more of your work (web links)?
I have a blog: http://darryl-cunningham.blogspot.co.uk/
I'm on Facebook, and I'm on Twitter as @AcmeDarryl.
Posted by Graeme Neil Reid at 8:00 AM