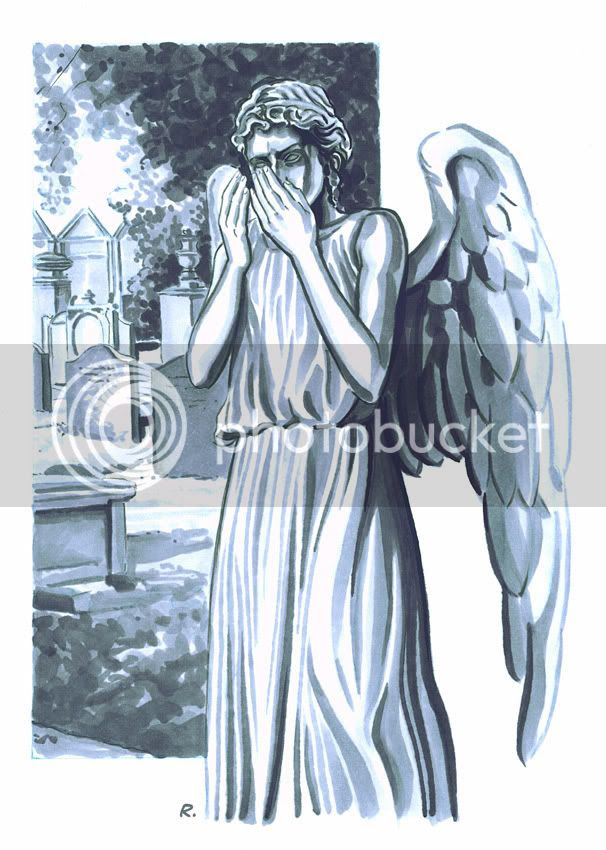 About a year ago I was approached for a private commission which will feature the Weeping Angels from Doctor Who quite prominently and due to one thing and another it's not even began so I've used this pretty much as a bit of a warm up. More experiments with Copic markers, this time its all Cool Grey markers and a little bit of pencil. I really like the effect you can get from the markers, almost like watercolours in some places but annoyingly my scanner refuses to pick out some of the lighter shades. I have the Copic Ciao range and it has a very nice brush nib which is fun to use. I'm thinking I'd like to try out the larger, more expensive, original Copic Markers but for the time being these will do.
Posted by Graeme Neil Reid at 8:00 AM