So it's STILL 1993, I'm still broke and high power American Editors are making a point of NOT calling me ( BASTARDS!)
So I'm plugging away, making money in whatever way I can think of and doing more samples. I thought that maybe a more photo realistic style would be useful, so I wrote a drew this one page scene. 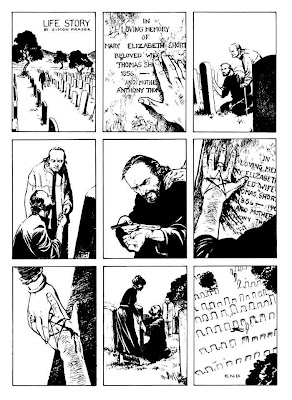 I was very happy with this page ( still am in fact ), it was one of those pages that looked a bit better than my actual ability at the time. It was all easy stuff to draw and I avoided anything that might give me problems. Editors started calling me...
A contact at Dark Horse tipped me off that they were looking for an artist to draw the Indiana Jones licence. So I did a few spec samples. 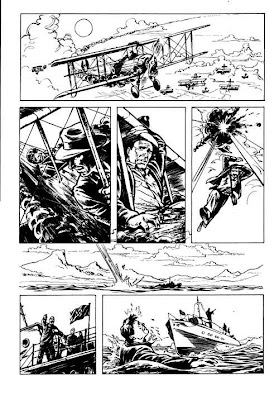 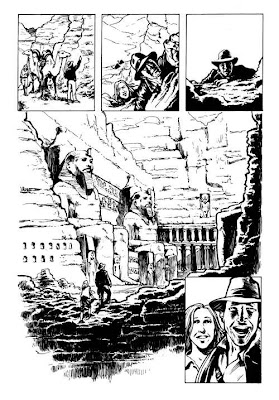 Harrison Ford is actually quite difficult to draw. I didn't do such a good job of the likeness.
I didn't get the job.
Then my buddy Martin Millar ( who I had worked for on Lux & Alby: Sign-On & Save the Universe ) started pitching ideas at me for a Vertigo style magic fantasy story featuring a character called 'The Gambler', there were some character sketches and this sample page. 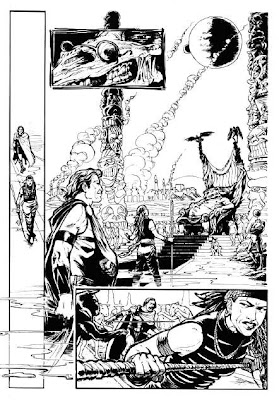 No dice.
Next week, my first ever page of coloured artwork ( which got me a job drawing a famous character) and as a special bonus, my first EVER drawing! ( that still exists )
Until then...
Posted by SiFraser at 4:58 AM