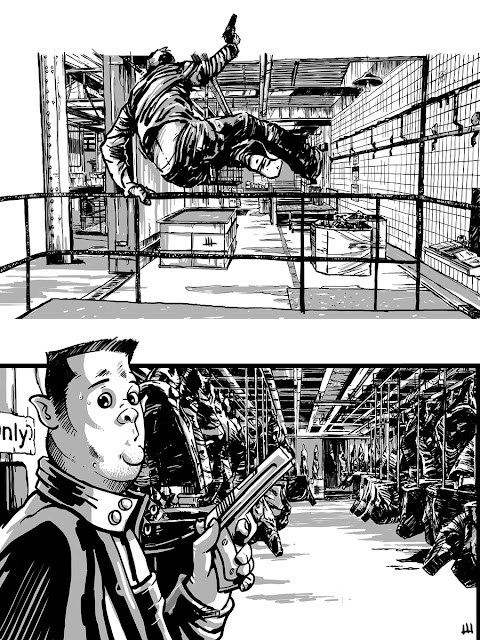 1) What was your first published work?
I suppose my first published illustration was promo artwork for GTA2. Some character art printed in PCZone. I'm not mentioning the Wet Wet Wet cover… 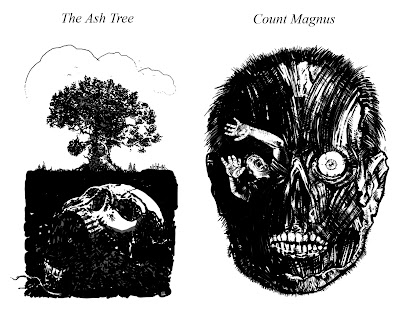 2) Who or what inspires you?
Probably in keeping with everyone else I would have to say I have limitless inspirations. Probably my first big love was Ken Reid in the Dandy/Beano/Beezer. The amazing work on Faceache especially stands out for me. Also Dudley .D. Watkins, the genius behind Oor Wullie and the Broons.
If I had to name some others then Jamie Hewlett, Phillip Bond, Los Bros Hernandez, Bill Sienkiewicz, Dan Clowes, Chester Brown, Chris Ware, Frank Miller, Hammer Studio, Sam Raimi, Kubrick, John Hughes, Woody Allen, Laurel & Hardy, Morecambe & Wise. Could go on forever really. 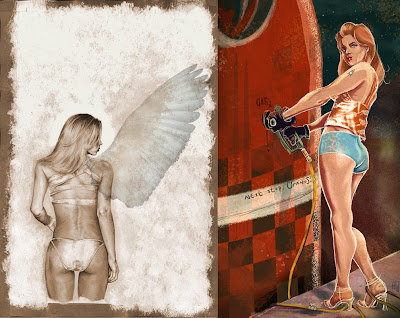 3) What would be your dream job to illustrate?
I would love to work for Hammer. Poster design, Illustration, floor sweeping, anything.
Other than that probably being a stay at home dad and drawing what I like all day.
Oh, would also love to do a Spideman issue as well.  One would suffice. 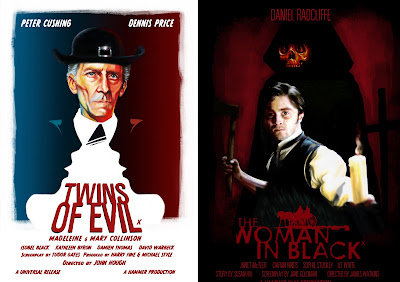 4) Tell us a bit about the illustration(s) you've sent?
a) 2 Panels from Beagle. Should be a 20 odd page B&W comic out this year.
b) 2 images based on M.R. James short stories.
c) Personal work. First is an A3 acrylic painting for a comic that never really got started, second is my attempt at sexy lady painting!
d) I suppose these are 'Fan Art' for a couple of Hammer movies. hopefully gonna do a lot more of this. 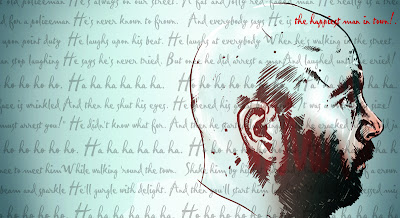 e) 'The Happiest Man in Town'. Done to coincide with a short film. Idea was to do an accompanying comic to the film, sadly work commitments got in the road.
f) & g) these were done last year after a holiday just outside Naples. Amazing inspiration and it was all heading in a Harryhausen direction. Will get back to this at some point hopefully.
h) Fry & Laury from a set of playing cards I did whilst at college. Painted in acrylic. Idea was all the Face cards were famous comedy double acts.

5) What can we expect to see from you next (what are you working on)?
Currently working on my first full comic. Called 'Beagle' the first issue should be out near the end of the year. I also do some horror illustration for an M R James Magazine and website. This as well as my full time work for Rockstar Games. 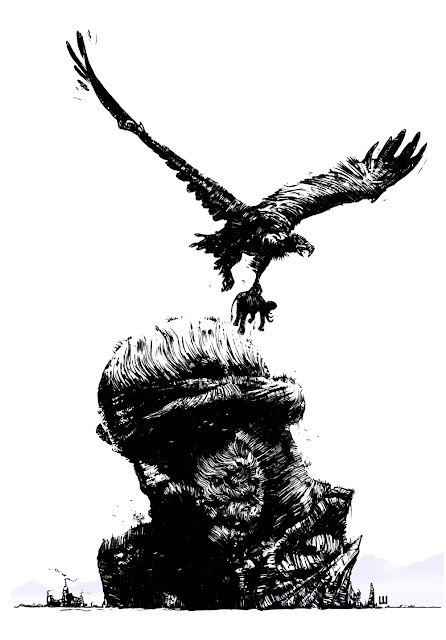 6) If you hadn't become an artist what do you think you'd have ended up doing?
Initially I wanted to be an architect, so maybe that, although I really wanted to grow up to be Suzi Quatro. Sit-Com writer would have been my second choice. Lucky Window Washer a close third. 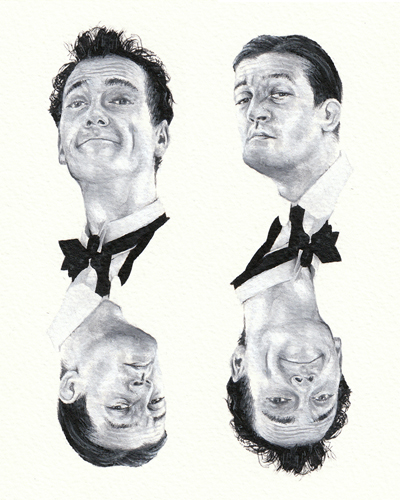 7) Where can we see more of your work (web links)?
http://woodnart.blogspot.co.uk
follow on Twitter @Alisdair_Wood
Posted by Graeme Neil Reid at 8:00 AM