This was a pre ordered commission for  next weeks Glasgow Con
This character is Vlasta, one of the bad guys from Vampire Vixens.
She's only appeared twice so far, on a promo poster and the comic cover art but she makes her presence known in the second of two Vixens stories appearing in the comic I'm working on. 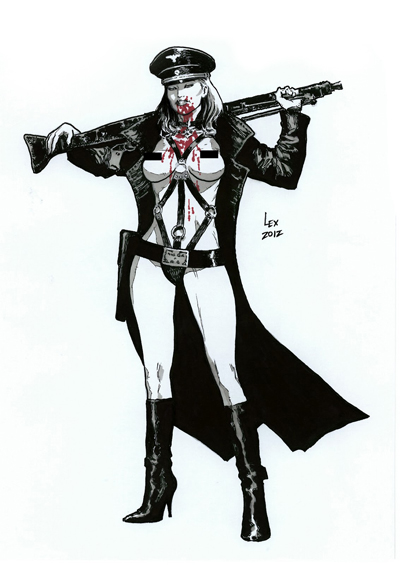