http://www.frightfest.co.uk/
Outpost Black Sun gets it's big screen debut as part of the festival then on the 27th the film gets it's UK DVD release.
http://www.play.com/DVD/Blu-ray/4-/31970612/0/Outpost-2-Black-Sun/ListingDetails.html
To tie in with the movie, the secret history of the Nazi's attempt to create an invincible army of the undead will be released as a digital comic on ipad and iphone formats.

Originally planned as the pre-title sequence to the movie, the WW2 based flashback was turned into a 24 page fully painted comic book by myself, the film writer Rae Brunton, Director Steve Barker and letterer Jim Campbell.

Check in at  the Outpost FB page for more info on the movie, the comic and the Iphone game.
http://www.facebook.com/?ref=tn_tnmn#!/outpostthemovies 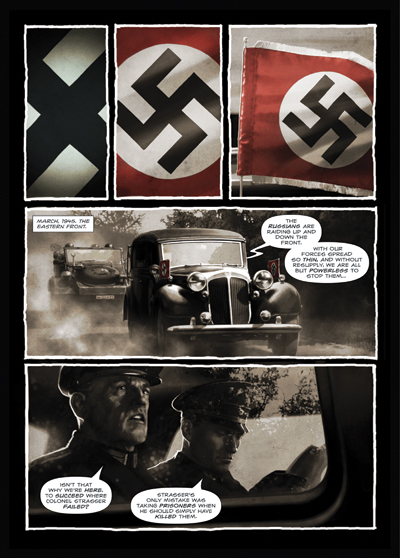