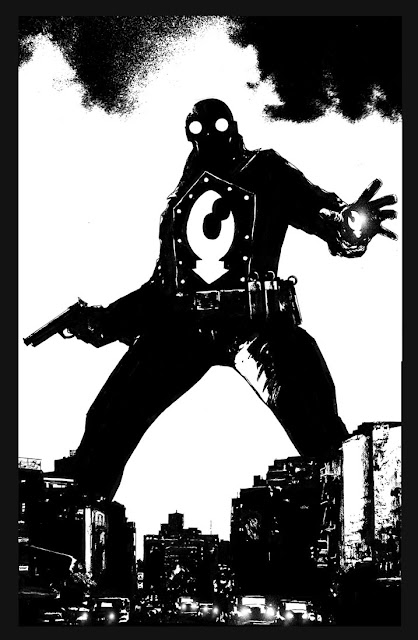 1) What was your first published work?
My first published work was in a fanzine called Discordia. The writer, Paul Carstairs, had previously worked on a few 2000ad Future Shocks. We then decided to work on a one shot story very much in the Vertigo vein. Being naive I penciled, inked, lettered and did the cover before sending it off.

Sadly it was rejected by both Vertigo and Crisis (which was a spin off of 2000ad). At the time it was too expensive to self publish so we sent the whole package off to a comic company called Cailber Comics in the US. 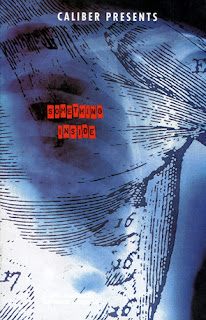 Luckily for us they picked it up and published it. The story was called “Something Inside”. Its your typical boy meets girl, boy kills girl while looking for her soul story.   It was around 28 pages long and being my first comic I had no idea how much work would be involved. But, I'm a stubborn sod and I worked my way through it. I was drawing this while on my foundation course so I'm guessing that would be around 1992-1993.   Looking back, I'm not sure this is a good way of trying to break into comics. I should have really just done a few try out pages of Judge Dredd etc. that may have been a quicker route.  I found one glowing review in an indie magazine, which I remember made my day. Looking back although some of the drawing is now a bit off, the storytelling still seems to hold up and the story itself is good.  I still have fond memories of this comic, in someways it reminds me of old Hellblazers/Deadline and Crisis. It's all very English and has a good dose of teen angst.

The work at Caliber Comics snowballed and I worked on two Negative Burn strips for them before drawing  a few one shots and a mini series.
Whilst at Caliber I penciled The Disciples written by Colin Clayton and Chris Dows from an idea by Gary Reed. This was a mix of X-Men and The Invisibles and was published through Image. It lasted 3 issues but those issues got me noticed by 2000ad, which was a dream job for me. Funny enough this was in the year 2000.
I was teaching part time as a tutor at an art college while drawing for 2000ad. I worked on a strip called Breathing Space with the writer Rob Williams. We both got noticed by Marvel over this strip.
It was working for Marvel when I decided to go totally freelance, a scary prospect but it’s paid off so far. 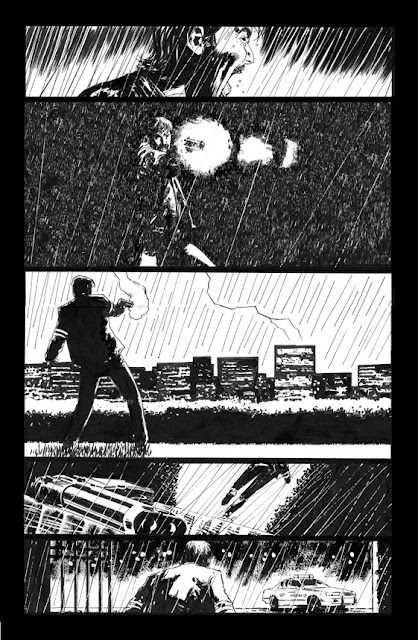 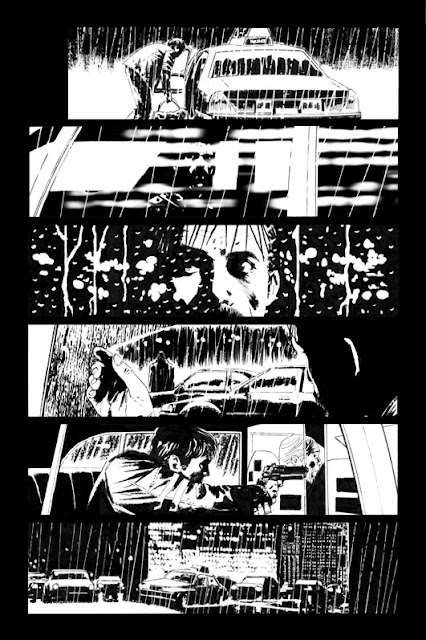 2) Who or what inspires you?
To be honest I get less inspired by comics theses days and more inspired by films, looking at lighting and mood etc.

Comic artists that have inspired… Steve Yeowell’s Zenith was a huge influence on me. Love his use of black in that strip and it was the first time I started to understand storytelling.

As I got older – Alex Toth, David Mazzucchelli, Frank Miller, Sean Phillips, Jorge Zaffino, Mike Mignola, Dave McKean, Micheal Lark, Jorge Zaffino and Dawryn Cooke to name a few. I could go on and on. I’m a huge fan of black and white art. 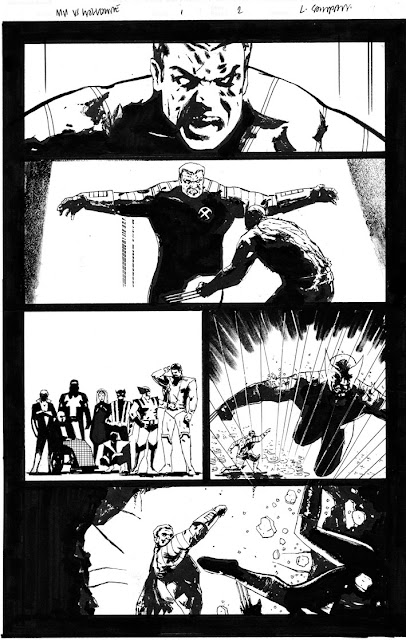 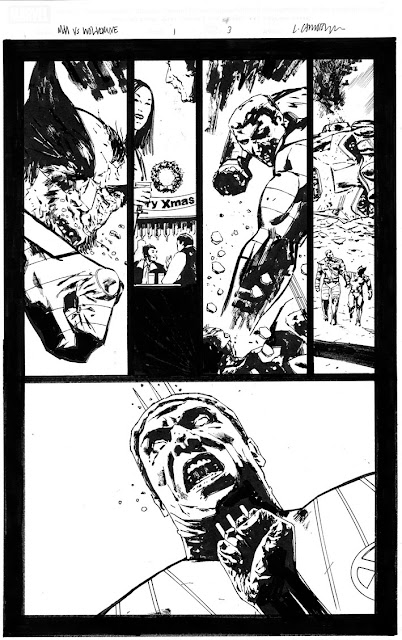 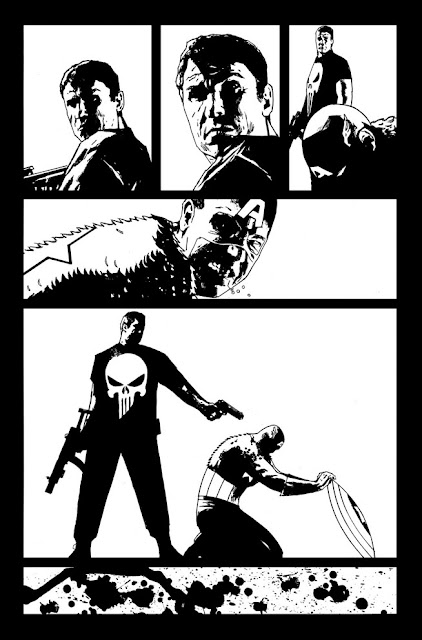 3) What would be your dream job to illustrate?
I’ve been very lucky with the characters I’ve drawn. Dredd, Wolverine, Punisher etc. All pretty gritty characters.

I’ve also enjoyed working on  different genres like Deadpool Pulp which was set in the Cold War era, 5 Ronin Punisher which was set in seventeenth-century Japan and Stephen King’s Dark Tower which has a fantasy cowboy feel to them. I love doing the research for these projects and trying to get a real feel for them into the story.

Batman would be fun on characters I’ve not drawn, also there’s a 5 part Judge Dredd Rob Williams have been talking about. Although to be honest for me it’s working with good writers that really gives me a buzz. 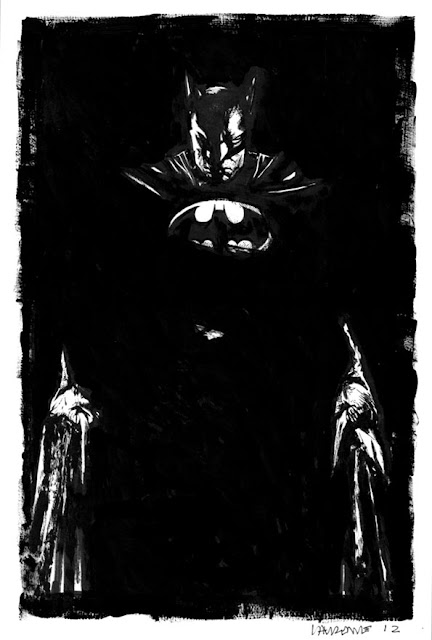 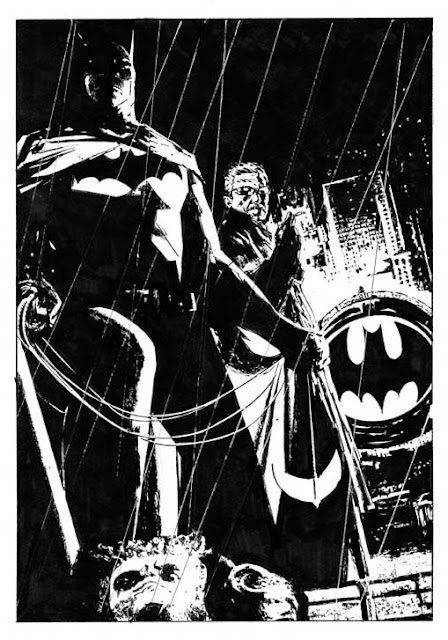 4) Tell us a bit about the illustration(s) you've sent?
In order of appearance in this post:
1 - Lobster Johnson Pin Up
2 - Cover to Something Inside, done before computers with an old x-ray and acetate.
3 & 4 - Punisher Max one-shot-Hunted. First time I’d inked my self for around 10 years. I thank Axel Alonso for encouraging me to do so. Hopefully my influence of film and black and white can be seen in these pages.
5, 6 & 7 - Marvel Universe Vs Wolverine ticked a lot of fanboy moments for me. Had a lot of fun working on this, getting away with things you wouldn’t be able to do in the normal universe.
8 & 9 - Examples of some Batman commissions I’ve drawn.
10 & 11 - Two pages from 5 Ronin. Loved working on this. Sebastian Girner my editor has a great knowledge of Japan and helped a lot with the reference. Again I think you can see the cinematic feel I was going for.
12 & 13 - 2 pages from Deadpool Pulp. I kept the long panel design I used in Punisher Max to add to the cinematic feel. I used to be a graphic designer before going into comics so layouts and design play an important part to me when starting to work on a comic.
14 & 15 - Working on the Dark Tower -The Way Station. Gave me the opportunity to draw a few double page spreads, something I’d not done before but was itching to try.
16 & 17 - Enjoyed working on Punisher Max. Like the idea of working with a character over a period of time, that way you can really get under there skin. Unsure if that’s a good thing with the Punisher to be honest. 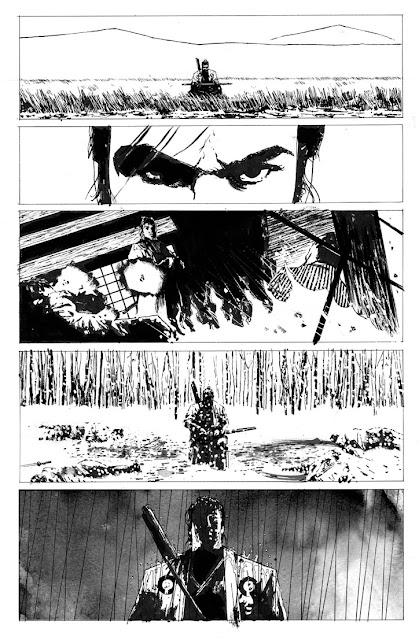 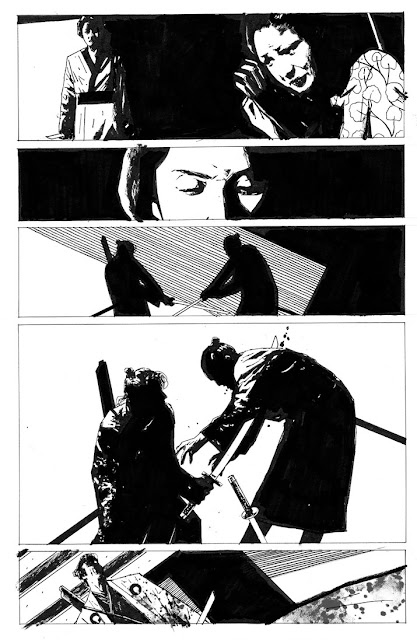 5) What can we expect to see from you next (what are you working on)?
At the moment I’m working on an arc of BPRD called Wasteland for Dark Horse. Very excited to be working in the Mignolaverse, which is actually a bit of dream job for me. Working with John Acudi is great. He really is one of the best writers out there. His character work is amazing.
Sending my pages in and knowing Mike Mignola is looking at them, well it took me a little while to get over that. Dark Horse really care about the whole package and I like that. 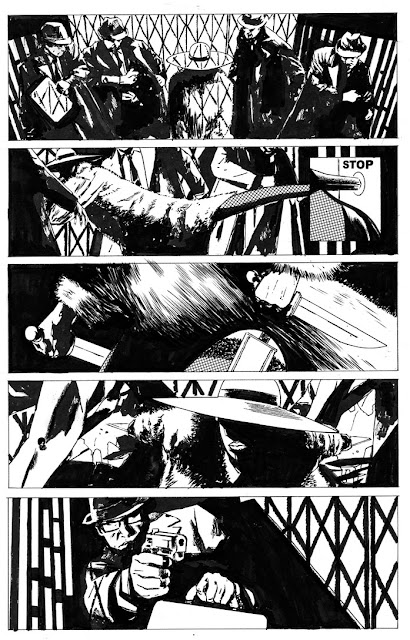 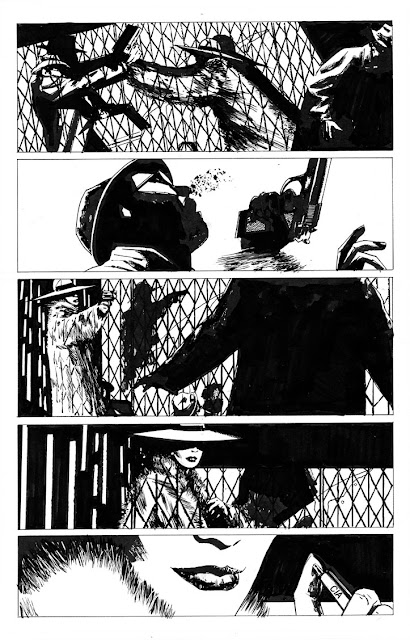 6) If you hadn't become an artist what do you think you'd have ended up doing?
I loved teaching at an Art College and would have been very happy continuing doing that. Drawing comics was a dream and I had to go for it. Other then that I’ve always liked the idea of being a postman. 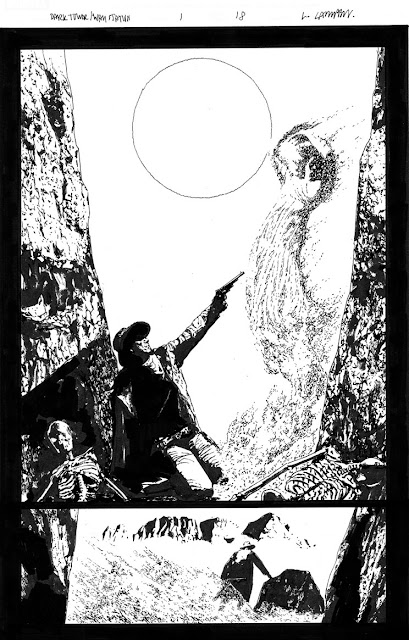 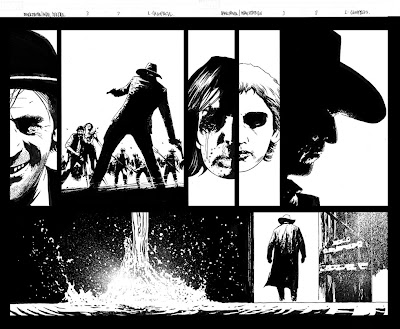 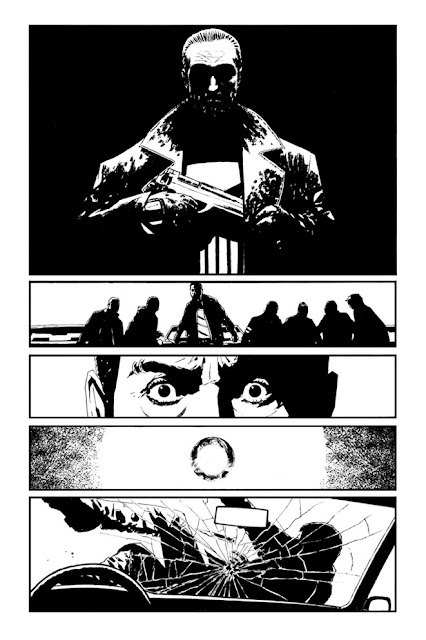 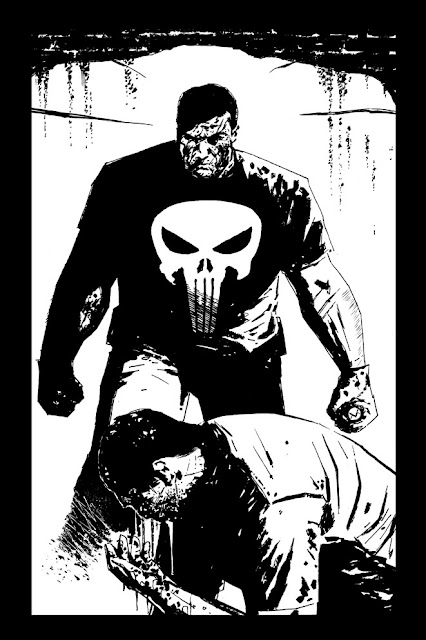 7) Where can we see more of your work (web links)?
Twitter is probably the best place – user name Getcampabell
Or facebook – Laurence Campbell.
I’ve a website but I’ve been so busy I’ve not updated it for years- www.getcampbell.com
Posted by Graeme Neil Reid at 8:00 AM