Ok so there was a small supporting cast to deal with, I thought I was very clever when I repurposed a rejected Axelle character drawing to work as one of the other players. Those of you who are very observant will notice that the background cityscape is nicked from the first Nikolai Dante cover I did for Hamlyn. 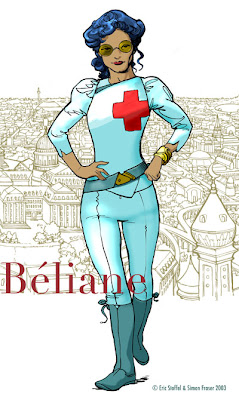 This guy was Axelle's brother Bruce, a 'Bruce Willis type'. 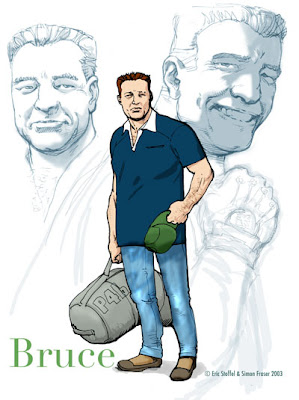 Some Geckonoides, which I based on the Geckos that were climbing all over my walls at the time. I drew a lot of this stuff while living in Kenya. 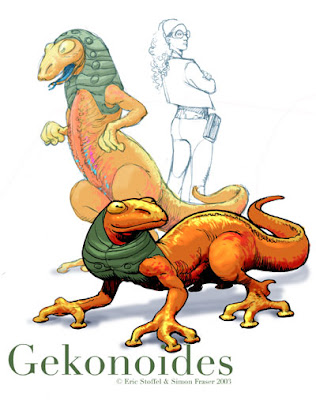 I liked these guys, they were fun to draw. 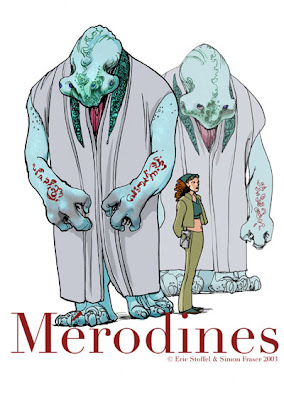 This guy was a kind of master manipulator. We went for the Spanish Aristocrat look. He dealt in human clones or Naiades as they were called in this story. 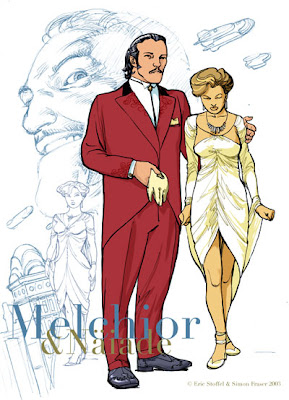 I found some MORE Axelle character sketches while rummaging around. I had this Mediterranean idea in my head at the time. Rejected as too old looking. 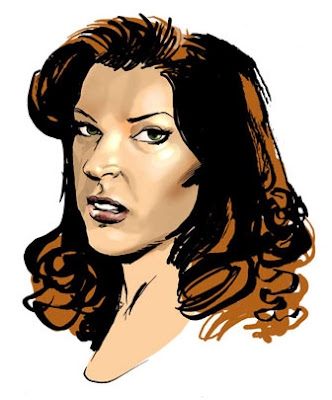 I can't remember why this one didn't pass muster. 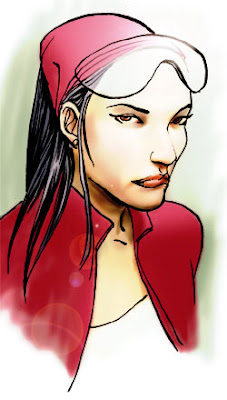 I eventually got a bit desperate, this version was probably somewhat sarcastic. 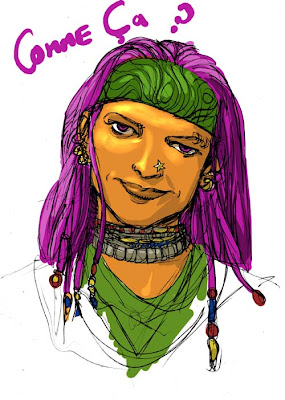 I remember doing even more than this, I used Claudia Cardinale as a model for a different version, I even bought a bunch of her movies as reference. She's done quite a few good movies it turns out.
Anyway, next week we'll have actual story pages.
Until then...
Posted by SiFraser at 6:02 AM