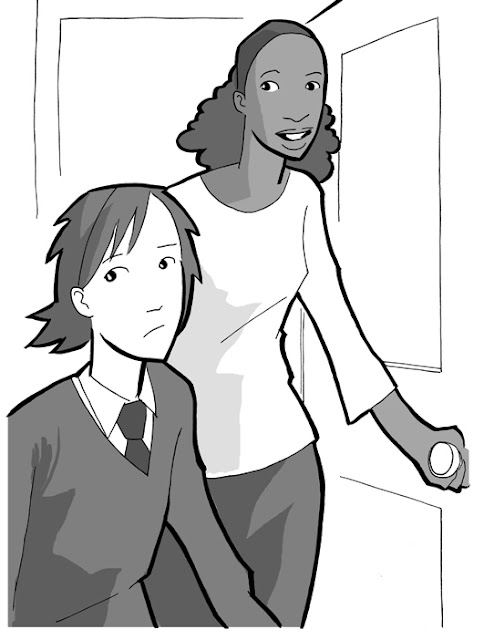 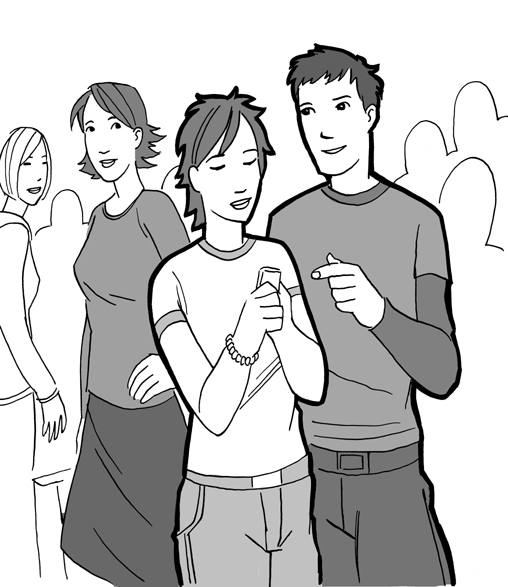 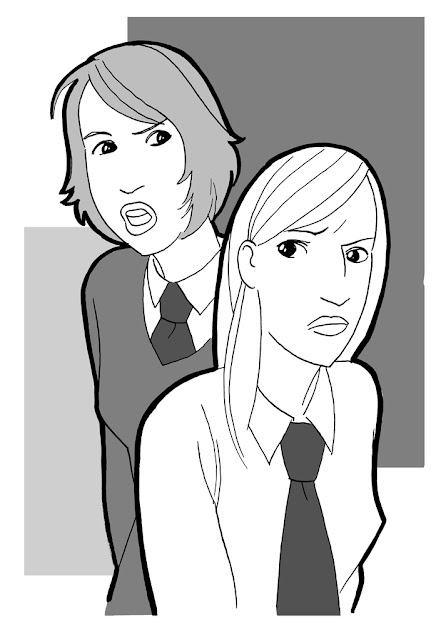 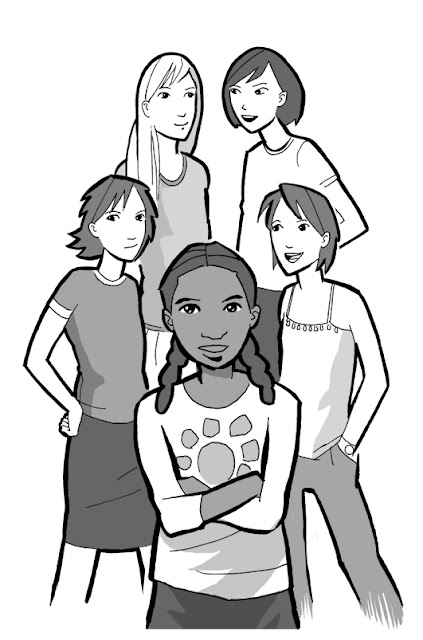 1) What was your first published work?
My first published comics work was back in the late 80’s / early 90’s small press scene. The details are hazy, but I recall working on a few short SF strips with Noel Hannan, Rik Rawling, Jim Cameron and Mike Perridge, amongst others. The Small Press really kicked off for me in the early to mid-90’s, when I began working on ‘Sin’ with Dan Powell, the tale of a sassy demoness gone AWOL. The scene was really flourishing at that time and I was lucky to count the likes of Rol Hirst, Dave Metcalfe, Art Wyatt, Stephen Prestwood, Tony McGee and numerous others, as my contemporaries. 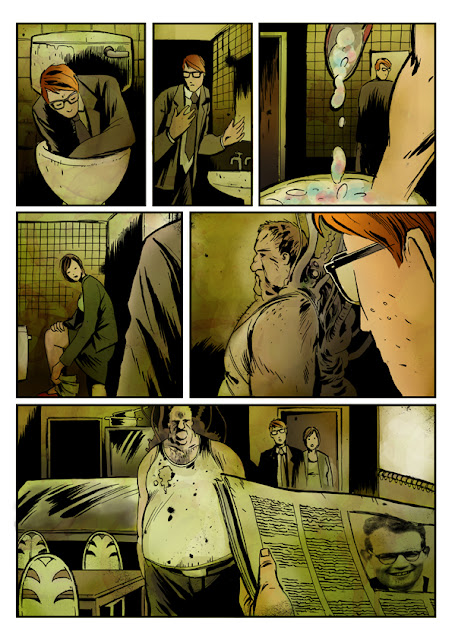 2) Who or what inspires you?
All the greats from 2000ad of the past and present – Brian Bolland, Ian Gibson, Mick McMahon, Kev O’Neill,  Ron Smith, Steve Dillon, Simon Bisley for his work on ABC Warriors,  Henry Flint, D’Israeli, Colin McNeil, Carlos Ezquerra – it could be an endless list. Also The Hernandez Bros, Ted McKeever, Michael Allred, Jack Kirby, John Buscema (everything I learnt about drawing comics in my teens, I picked up from How To Draw Comics The Marvel Way), Aubrey Beardsley, Jason Brooks, Bruce Timm and far too many others, which I know I’ll forget to mention here and will curse myself later for not remembering. 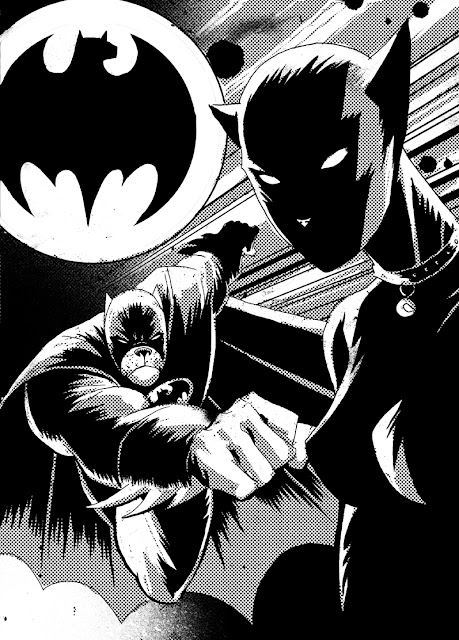 3) What would be your dream job to illustrate?
The dream has always been, and always will be, to get into 2000ad. A more unlikely dreams with every passing year, but a dream all the same. There are plenty of smaller dreams, but that would be the big one! 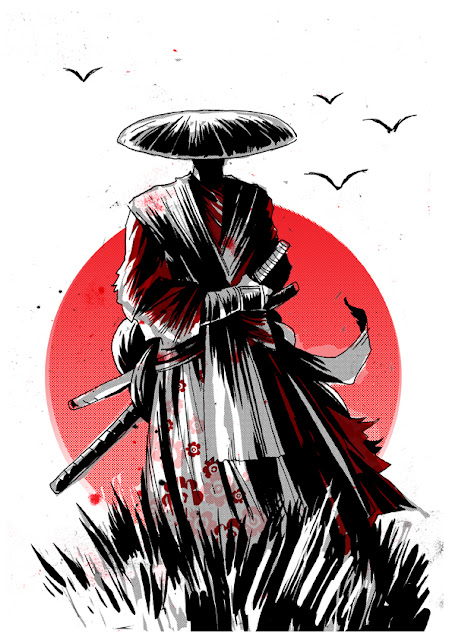 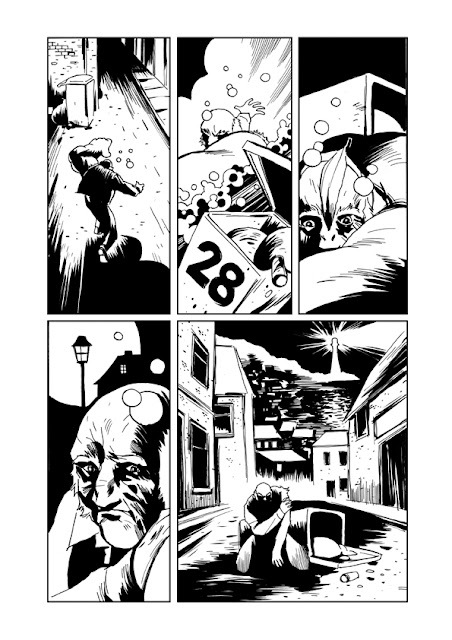 4) Tell us a bit about the illustration(s) you've sent?
No.1 – 4. These are images from the two sets of Siti’s Sisters books that I’ve illustrated over the last couple of years (twelve in total), published by Ransom. These are books for early teen reluctant readers, who are not quite up to tackling Jacqueline Wilson, and each book has around 15 illustrations in total. For the most recent set, I also provided colour front covers.
No.5. A page from the web comic Fractal Friction. Scripted by The Emperor, and co-illustrated by Matt Soffe, Kev levell, Conor Boyle and James Corcoran (plus a large number of exceptional guest artists) and topped off with the lettering skills of Jim Campbell. The strip ran for about a year, with a new page appearing every week, without fail. This was the first time I was confronted with colouring a full page of comic strip myself, and this page in particular was one of my favourites.
No.6. Ace The Bat-Hound. This is an image created for the Weekly Themed Art Blog – Weekly TAB for short – an art blog with a weekly rotating theme, which I started a couple of years ago and now continues in the capable hands of Jim Cameron. The theme behind this image was to re-invent a comics character of choice, so I went with Ace The Bat-Hound. With Bruce Wayne laid up in hospital, it falls upon his faithful canine companion to take up the cape and cowl on the mean streets of Gotham City!
No.7. A Jikan pin-up, from the pages of Davey Candlish’s Paragon comic.
No.8. A page from Rol Hirst’s Too Much Sex And Violence, featuring Harry Hall (an aging seventies super hero), just one of many odd characters taking retirement in a not so sleepy coastal village. 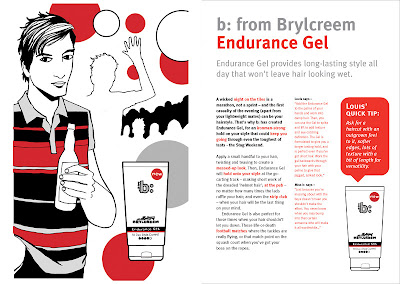 No.9. The Brylcreem Style Guide. This was one of 5 or 6 images created to promote a new range of hair products from Brylcreem. The final images were never used, and the products soon disappeared from the shelves. Bit of a shame, but I enjoyed working on it. 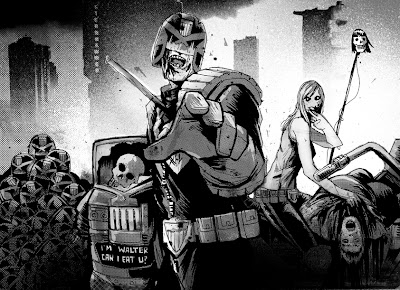 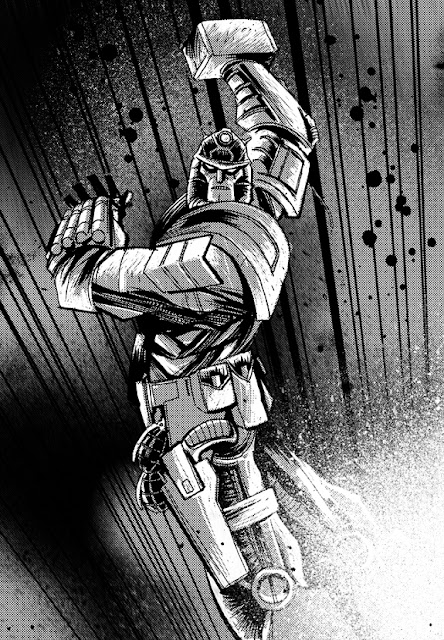 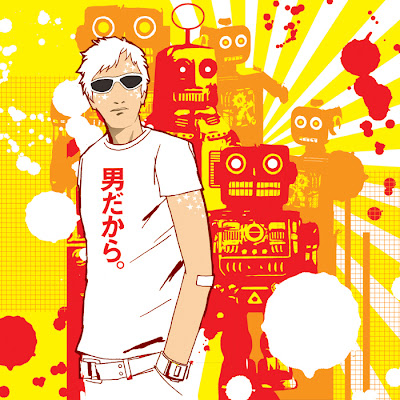 No.12. My entry for Sci-Fi Art Now, a hardback art book from Ilex, edited by John Freeman and featuring the work of many contemporary science fiction artists and illustrators and which I was very proud to be part of.
No.13 – 025. Various illustrations and fan art. 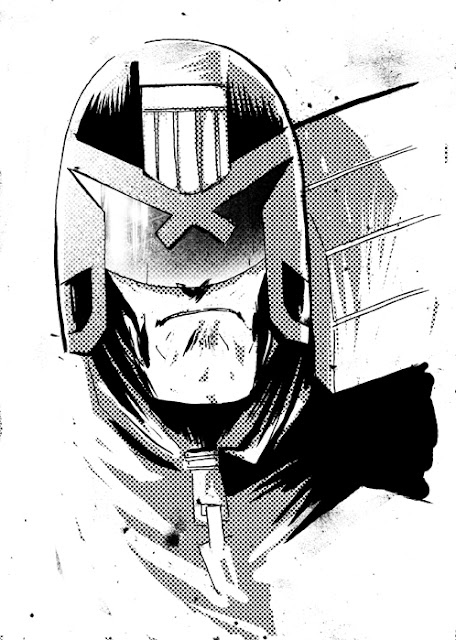 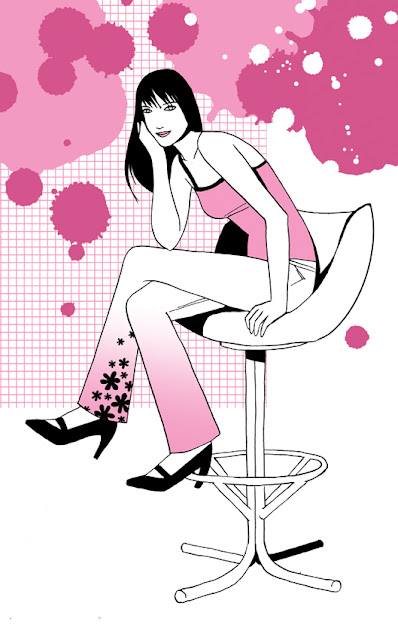 5) What can we expect to see from you next (what are you working on)?
I’m currently working on a 60 page graphic novel for Markosia, written by Martin Hayes. It’s very much inspired (art wise at least) by the old Battle comics. Hopefully, if all goes to plan, then that’ll be finished a bit later in the year. 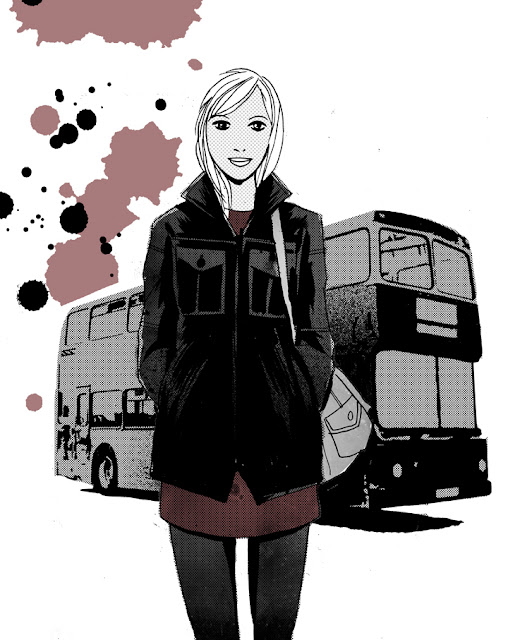 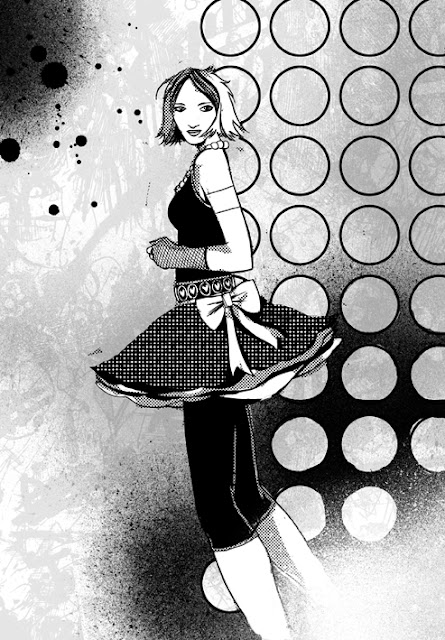 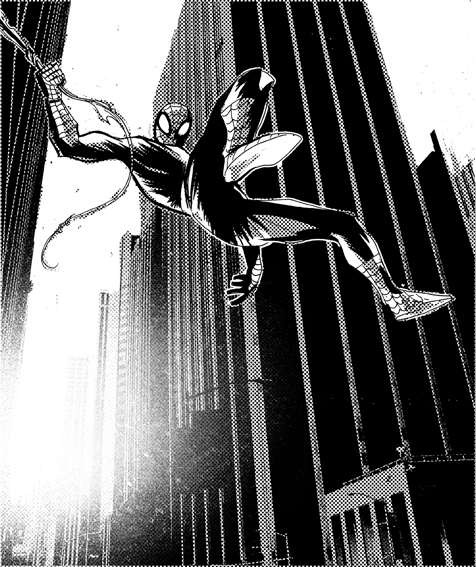 6) If you hadn't become an artist what do you think you'd have ended up doing?
I would probably just spend more time playing Xbox. 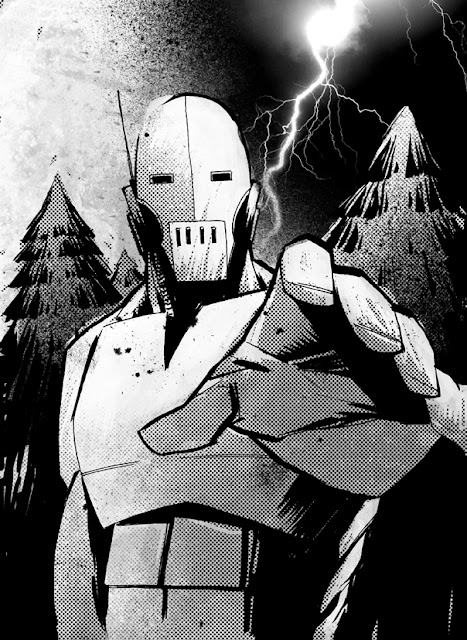 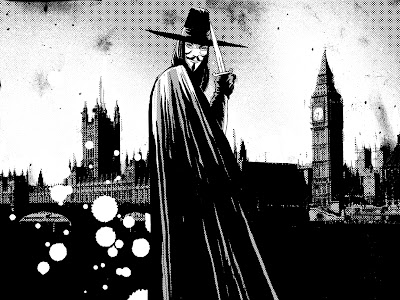 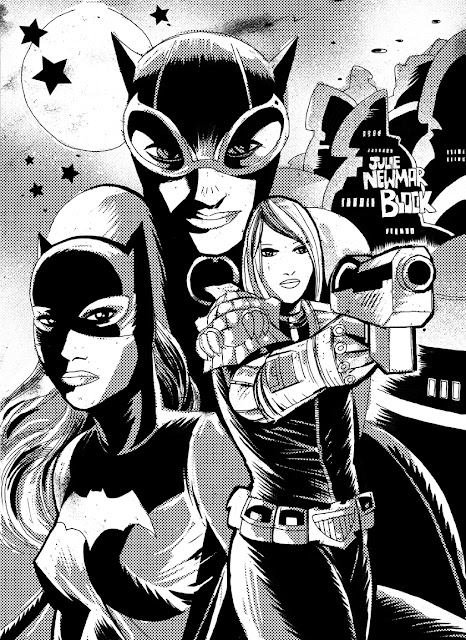 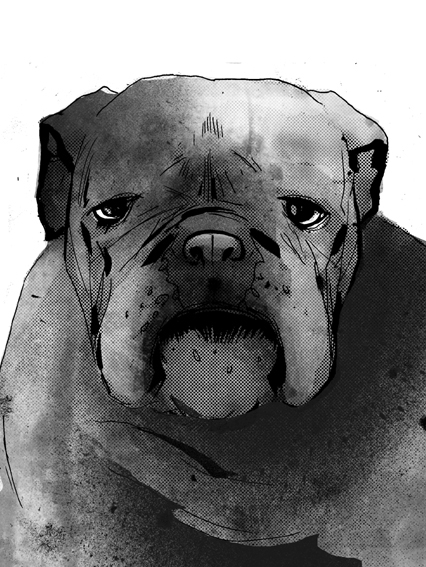 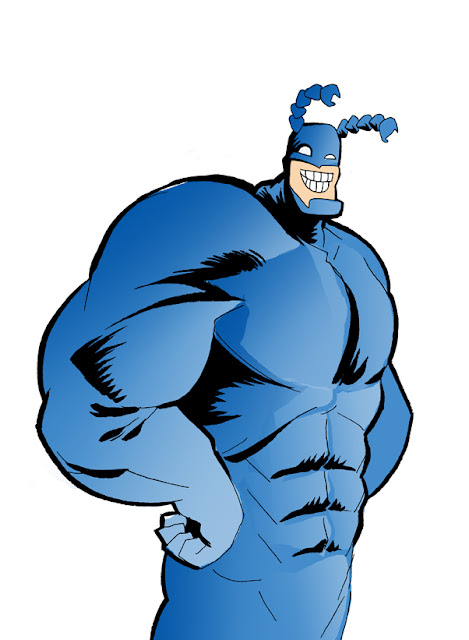 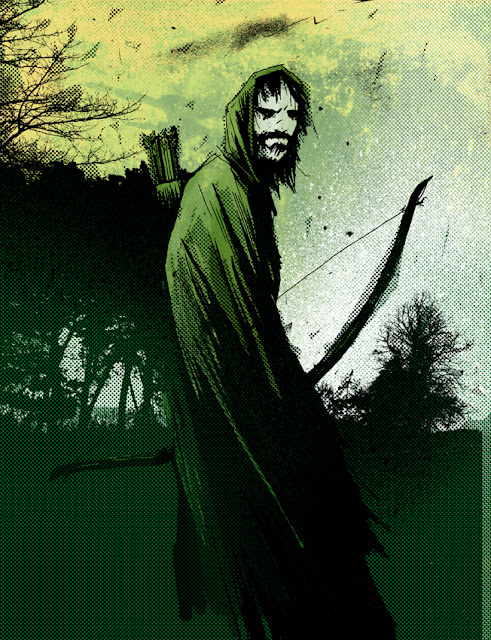 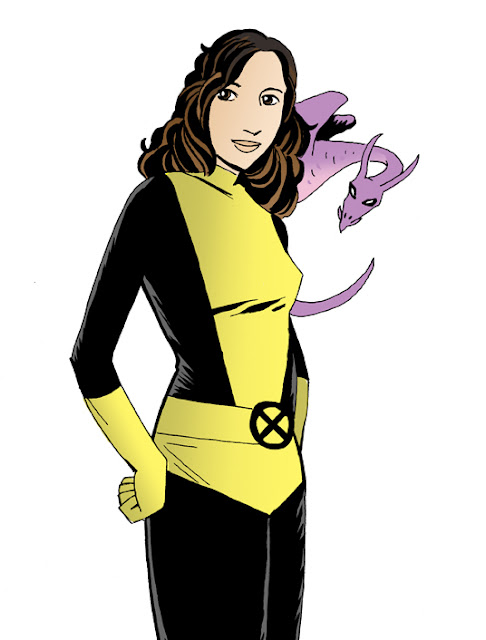